In a dystopian world, located mostly in London, where everything is perfect. There are no longer relationships, no more family drama to deal with, as everyone belongs to everyone. In the world there are no parents, children are created by science and not by sexual intercourse. Exclusive relationships are no longer a thing as everyone belongs to everyone else. Meaning you can be “in love” with five guys, and sleep with ten more. The job you are given is made for your intelligence, making it so you will never hate it. If there is any doubt you could be unhappy, there are always soma! Soma is a drug (like our ecstasy) that makes you feel good, sends your brain on a nice vacation, enabling you to relax and forget about all the things that bother you. Everyone lives together in harmony run by a nice government that the main job is to ensure people’s happiness.

Bernard is an unhappy civilian. He doesn’t agree with what other’s do for fun or soma. Bernard although highly intelligent, and has a good position, but hates the society he lives in. The only thing he doesn’t hate is Lenina. Lenina is the girl Bernard loves, and even though she’s currently with Henry (exclusively for four months) he still wants her. He invited her to go to New Mexico with him to see the Savage Reservation, and pressured by her friend to see new people Lenina accepts. Down there they meet John and his mother Linda. Linda was originally from London, but due to becoming pregnant with the Director’s son, had to flee the city. Bernard, who hits it off with John, gained permission to bring John and Linda back with him to London. Bringing them back caused a riot on the society system as John tried to fit in, but was unable to wrap his head around the morals. The novel shifts its view to John’s as he tries to fit into a world he doesn’t belong to.

Aldous Huxley like many of his family, was good at what he does. The book, Brave New World, won Aldous Huxley several awards, and even more after he died. In 1999 Brave New World was fifth on its list of the 100 best English-language novels of the 20th century. The book focuses on a future with a new fix society. He started with Bernard the outsider and Lenina the love interest. From there he works their relationship until it changes when they met John. Before it was all about Bernard and Lenina, now it was John and Lenina and at the end it was all about John. These were the main characters that Huxley was fixed on. His writing is out dated by today’s standards, so when reading have a dictionary nearby. The plot itself is interesting, as it takes a different look on society, one that many people don’t see. The best part is how hypercritical everything is. Their society is based on technology and science, but they aren’t doing real science as they are not allowed to alter anything. Some parts are confusing as Huxley switches between characters with no reason. It’s a good book for people who want deep thinking, and an even greater book to do a report on. 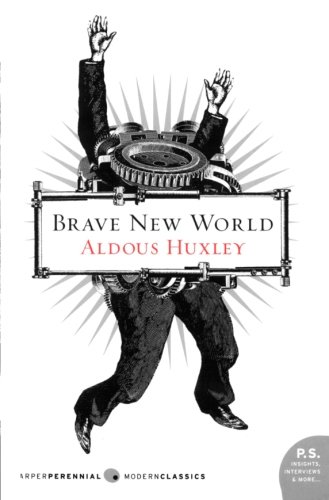