Favorite Quote:
"Be Happy. It's one way of being wise" - Collette

Picture being trapped in a virtual reality game—you can see, feel taste and smell everything around you—and you’re stuck until you win?  This is the situation Giannine is thrown into in Heir Apparent.  But another twist to her problem is if the equipment she is using overheats and she dies again, she dies for real.
Vivian Vande Velde launched me into the story with her amazing story telling and writing talents and makes this story come to life.  With visuals I could see the castle and the farmlands described.  She cast me into her thoughts and the frustration she was feeling.  The characters and base plot are strong, well constructed, and interesting to read.  I could imagine the three princes, the queen, and the sorcerers.
I rated this book ten of ten because of the human element that you usually don’t have from game characters.  The fantasy world Vande Velde created was very believable for the mid evil times when kings ruled everything, but she also brought a hint of magic with her such as dragons, witches, wizards, and dwarfs.  She also brought anti-magic with the people that are ‘one’ with everything they see, like they are one with the world and one with themselves.
Giannnine had a strong vision as she was trying to become a king.  She did things unexpectedly, but made the right choices for her and she showed me that if we make the right decisions we can do and be what we want—not what we’re told to be. 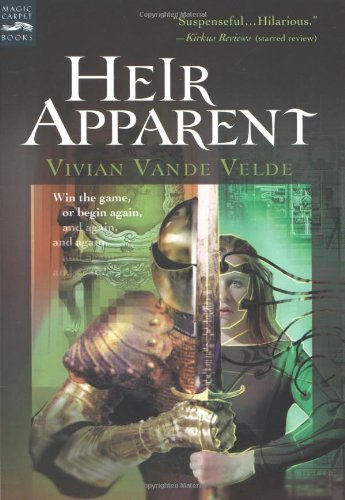