Awakened (House of Night #8) by P.C Cast and Kristin Cast


Zoey does not want to return to the House of Nights. She has found sanctuary on the Isle of Skye and become friends with Queen Sgiach, who was thinking about opening up her island for new warriors.  Queen Sgiach even offers Zoey her place when she eventually passes, this means leaving Zoey queen of the Isle of Skye. Zoey falls for the idea, as the island isn't affect by the modern world, and the darkness that reeks at her school. Especially now that Neferet is back to ruling the school. The Vampyre High Council allows it after Neferet publicly banishes Kalona from her side for killing Heath. Because of that Neferet is in debt to the darkness. To pay she must sacrifice an innocent that cannot be tainted by darkness. The innocent life she chooses, is one we all know and cry over, praying for it not to be true. This book has a lot of deaths, misery and terror. Zoey has to come back into the storm that is still brewing. With her goddess on her side, is it enough to overpower the darkness that has tainted the world around her?

P.C and her daughter Kristin are just past half way with this series. Eight out of twelve this has been one of the better ones lately. This book made up in death, and romance for what it lacked in characters. You never heard from the twins, and even Damien did not appear that often. The book focuses more on Zoey and Stevie Rae being alone, the nerd herd. The romance between Stark and Zoey was nice, as I want her to be happy. But sex? A lot of sex? I know you love him, but come one, you have a lot to deal with, and hate about Heath? Did you forgot that he died a week ago? I know you love Stark Zoey, but come on, have a heart. Stevie Rae and Rephaim, for honestly their relationship is the only reason why I keep reading. Stevie Rae has to tell them eventually, but it comes down to a pick who would she choose: her friends, or her lover? Zoey and her friend are tied down this book, yet they stay blinded by the light, hoping that their goddess will lead them to a happier place. 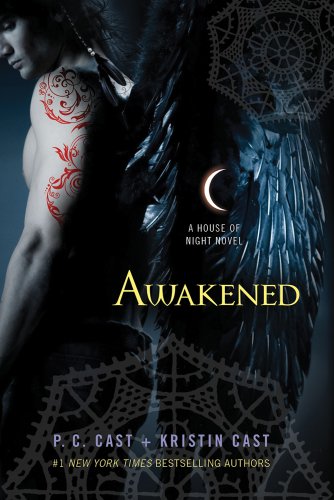