Journey to the Center of the Earth | Teen Ink

Journey to the Center of the Earth

Journey to the Center of the Earth is nothing like the upcoming movie. Though, the basic idea is the same, the names and other detail are completely different.

First Harry, an older teenage boy, and Professor Hardwig, Harry's uncle, find an old parchement written by a man named Arne Saknussemm. This gives them directions to a volcano that would lead them to the center of the earth.

They soon embark on their journey lead by and Icelandic guide named Hans. They see all different types of rock formations on their way down. They nearly die of thirst, and Harry gets lost along the way. Rest assured those problems are resoved in the end.

After traveling in the dark caverns of the underground, they reach a vast body of water that Professor Hardwig names the Central Sea. Hans builds a raft and they travel across the body of water facing Sea Monsters and a huge storm. This storm sends on another perilous adventure and messes up their compass so they only think that they're off course.

They end up on an island where they make another set of discoveries. One of the discoveries is the initials A.S. on a stone wall. They realize that the parchement is truly not a hoax.

After more traveling, they find a tunnel - their way out - blocked by a stone, which they blow up. The shock of the explosion causes Harry to loose most of the things in his pack, which includes most of their food.

In the end, they find their way out through a volcano shaft. With the help of Hans, they make it out and end up in Italy.

To find out the amazing details of this book, I encourage you to read it. You'll be happy you did. Trust me, you will learn a lot. 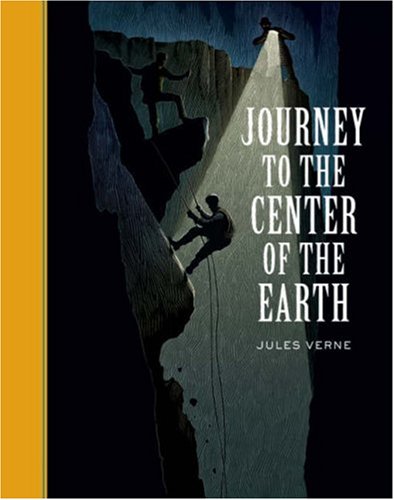