The Death Cure (The Maze Runner #3) by James Dashner

Pain. Everybody has pain. Physically, mentally, old, or new, pain is the worst thing a human can experience.  The experience of losing a limb, creates the pain of phantom limb, which is feeling the pain in a body part that is no longer there. Mentally scars from death, killing others, can cause you pain in ways you cannot imagine. Scientists even made a scale to judge the amount of pain. The thing is about pain is that it’s different for everyone. Getting a paper cut could be the end of the world to someone, while to you it means nothing. So who is to judge whether or not you are in pain. Who have we elected to tell us to stop crying over something major to you, but minor to them. Who did we choose to test our level of pain, and see how much we can suffer before breaking? Is that person allowed to test us, even if it is for the greater good? WICKED’s goal was to lose as little human life, on order to save the rest. Yet is it in their right to tell you that your life doesn’t matter more than our race?

Thomas is done. He quits. He no longer wants to be a part of WICKED’s little game. He wants to be done and left alone. It seems as if Teresa’s betrayal in the second book really did him in. To this day I still have no idea what that was about, but Teresa did it for WICKED told her to. And for her, WICKED is good. After that Thomas gave up completely on Teresa, never being able to trust her again fully. So he quits. Sadly WICKED does not like that. They lock him in a white room for three weeks, as if this is another part of the trial. Then after those weeks “Rat Man” comes in with the rest of his people to explain how he is going to return their memories and how they are so close to coming up the cure. Minho, Thomas, and Newt all refused to get their memories back, unlike the rest. Teresa went around explaining to everybody how this is a good thing, how they will remember their past, family and friends. The whole thing about the flare and why it is important to their race.  She could not persuade the leaders, as none of them trusted her anymore. WICKED separated them, leaving Thomas, Newt and Minho to face some more bad news. Not all of them were immune to the flare.  A few were not, and they already have the flare infecting their mind. For the leaders, one of them have it, and he’s not slowing down his mind to save himself. The group escapes WICKED headquarters to the real world. There they experience the flare and what it is doing to the world. They learn about how not everyone is on board with WICKED and what they are doing. The group is facing with their biggest problem, they have to stop WICKED, but they also have to stop the flare, and rescues the immunes that WICKED had kidnapped in order to begin the trials again. Thomas has to deal with the deaths of his friends, and knowing that it is his life can save the world.

James Dashner ended the series with a bang. He ended it with a neat little bow, letting us all know what will happen to our main charters and our race.  I do not agree with all his decisions. First off, he did not really solve the main problem of the flare. He sort of just left it, and was like “yeah we can’t fix that”. Even Thomas valued his own life, over our whole race. I get that WICKED was evil (no matter what Teresa wanted to believe) but Thomas had to choose between his life, and the lives of thousands innocent men, women, children. That I believe was the most selfish thing he has ever done. Not trying to give things away James Dashner did fix up the whole Thomas, Teresa, Brenda mess, in a way that was not the best. Even if all the charters had no emotion someone should have cared. Thomas has completely cut off his emotions, yet you can still feel some sympathy for him. The book would have been better if Thomas got his memories back, and know why Teresa believe that WICKED was good. Thomas just assumed they were bad and they force him to work with them, but what if he was willing, sadly we will never know. The writing was okay, and there were no dry parts. I just believe the series should have stayed as a novel. Once they escaped the maze they lived happily ever after, and none of this should have happened. 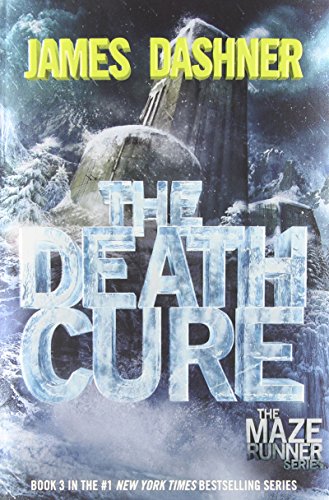