Favorite Quote:
"If a man can drive safely while kissing a pretty girl he simply isn't giving the kiss the attention it deserves."
~Albert Einstein

This series is one of those series that will make you smile, cry, laugh, want to rip your hair out and repeat the process every chapter.It is impossible not to fall madly in love with Patch Cipriano, and if you finish the series and don't fall in love with Patchm you my friend need to go back and reread it, slowly because you're missing out. The book follows Nora, a "normal" teen, who's world flips on it's head when in waltzes Patch Cipriano. The series is an epic page turner if I've ever seen one, it will leave you running to the library for the next book or running to your mum's purse to grab her card to purchase the next one. With any spoiling, Silence reveals so many things that you wouldn't expect so I suggest you prepare your body for that. Becca ended with a bang titled "Finale" which I think is rather appropos. If you liked The Mortal Instruments series, the Fallen series or The Immortals series you will like the Hush, Hush series. Although, if I do say so myself, the Hush Hush series was ten times better than the Fallen series. I would recomend this to any lover of YA paranormal or dark romance boy or girl. Actually scratch that, I would recomend this to anyone period. This is one of those series' that it doesn't matter what you're in to, you should just read it because it's great. So go, run, gallop to the library or bookstore. Take a bus, a train, a horse a plane, anything you need to do to get the Hush, Hush saga. Well then, why are you still here? Go! 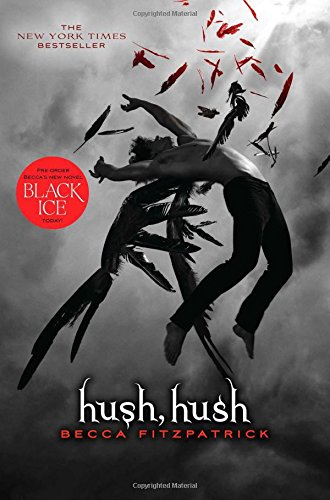