Tempted (House of Night #6) by P.C. Cast and Kristin Cast

The House of Nights is a school for vampyre and fledgling alike to go, learn, fit in the world, and more importantly live through the change of being a newly marked fledgling and becoming an adult vampyre.  That is what Zoey Redbird is. Just a fledgling, yet was marked with gifts from the goddess making her a fully blessed vampyre in a fledgling body.  And this series is about the troubles and evil she must face. As with every new book Zoey gets deeper into the mess of the world.

Zoey, her friends, the red vampyre, and the nuns just defeated the immortal Kalona, and their old High Priestess. Now her gang is ready to plan their next move. This involves going back into the House of Nights. Yet before they can go, they have a few loss ends to tie up. Stevie Rae met a new “friend” that she sworn not to tell anyone about. But having so many secrets kills Stevie Rae so she must make a decision to tell one of them, but which one shall she pick? Zoey is back to her three man triangle, Stark her warrior, Heath her high school sweetheart, or Erik the man she thought she loved, but has become increasingly possessive and demanding.  And what about Kalona?  He wants her so bad as he believe they are meant to be. After he shows her pieces of his past, will she be able to stand up to him when the times come. Meanwhile Kalona and Neferet are taking over the vampyre world and it is up to Zoey and her fledgling and human friends to put a stop to it.

This is the sixth of twelve books in the series. As this is a half-way point I’ll say the series is not that bad yet. The characters the authors introduce in the first book are still there in a way, and the main plot has started in book two. This plot it seemed is very dried out and has been running for far too long. But that is what expected when you wanted to have a twelve book series on just one plot.  It seemed as what the authors (P.C and her daughter) did was to make each book interesting was adding a boy in Zoey life. So far I am up to a total of five guys who had ever fallen in love (or pretended too) with Zoey. And this constant making her have three boys willing to lay down their lives for her is getting on my last nerve.  Not a bad book, but if you're this far into the series, why not finish it. I hope in the next Zoey finally makes a decision on who has her heart. 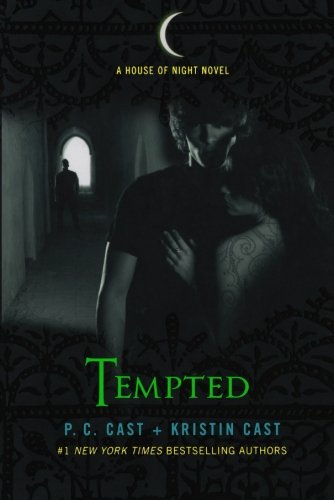 The half way point!