Betrayed (House of Night #2) by P.C. Cast and Kristin Cast

Zoey is now the High Priestess in training at her school the House of Nights. Taken it over from its previous owner Aphrodite, Zoey also becomes the leader of the Dark Daughters and Sons. With these new found powers, Zoey and her friends now must lead the school into a new era, by letting the group of the Dark Daughters and Sons be made up of the best and most deserving students, and not just about who you hang out with. But Zoey feels a darkness stirring in the school. And horrors from book one comes out to find her in this sequel.

Zoey is her mentor Neferet favorite. It is no surprise that Neferet shows a powerful bond to her very unique student. Yet Zoey senses something off about Neferet. Her cold and harsh reaction to Aphrodite’s apparently “fake” vision sent shivers down Zoey’s back.  Yet even though her friends are glad that Aphrodite’s out of power, Zoey cannot help but pity the girl, who has her own family issues to deal with.  Ignoring Aphrodite, Zoey focuses on her over indulging love life. As yes, she love Erik, but Heath won’t seem to leave her alone. Along with their history, friendship, Zoey cannot get over her lust for Heath’s blood. Then there is the handsome poet, teacher Loren. Who even though it`s against all school rules, have taken a special interest in Zoey. And if not to top it off the wired dead ghost are back, and this time they are more real than ever. Can Zoey and her friends help and use the elements to save them from these horrible monsters. Even after the group takes a terrible hit that no one sees summing. And worst of all, can Zoey still manage to hold onto her old human life and embrace what it meant to be a true vampyre?

P.C. Cast and her daughter Kristin Cast did a nice job on this book two in the series! The characters are deepening, and new ones are arising to make the book more interesting. Zoey’s love life skyrockets in this book, and in the end she made an agreement about one, and trying to figure out what to do with the others. Yet in the light, tragic does stuck, and oh did it strike hard. The ending of the book left you weeping for Zoey and her friends as they mourn the loss of one of their fallen. The book does into deeper of what the “thing” Zoey saw in book one and you get an idea of what they are.  I loved how the authors made Zoey and Neferet all loving on the outside, as a storm is brewing on the inside. Over all a nice second book in a series, one that I would defiantly continue reading. 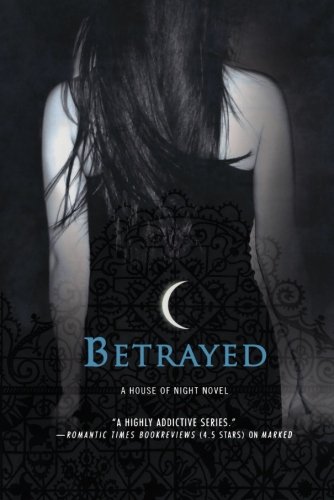