Out of Sight, Out of Time (Gallagher Girls #5) by Ally Carter | Teen Ink

Out of Sight, Out of Time (Gallagher Girls #5) by Ally Carter

Running away. Running away from people, situations, problems, home life, bullying, it does not matter what you are running away from, it is all the same. At the end of her junior year Cammie had enough. Being hunted by the circle, the concretion of them to her late father, and her being the solid reason why her friends and family are being hurt. All these decisions lead Cammie up to her big book four ending conclusion. Running. Running not away, but towards. Towards the truth.

Cammie started the book waking up. She awoke to strange people who live an Alpine convent who claim they found her under a tree barely clothes. Feeling that it is only the start of summer (July) Cammie is completely startled when the people tell her it is the first of October. Trying to remember the summer, Cammie realizes for those three months her mind is total blank. Calling her mom, Cammie leaves the Alpine with her mom and returning to school. Her friends (mostly Bex) give her the cold shoulder as this is the first time they are allowed to be mad at her for leaving, but most importantly leaving without them. There is also a new face at the Academy. Zach, the first official male student to ever attend Gilly’s school. He’s only allowed to attend, if he has a chaperon (this is Dr. Steve). Even though her teachers and mother said not to push it, Cammie rakes her brain trying to remember. With Bex and Zach seem ‘close’, the lack of memories, Joe Solomon still in a coma, and the fact that Summer Cammie found out why the circle was after her and her father. Cammie tries to retrace her summer steps trading around the world to pick up the missing pieces. Cammie figures it out and is a race to find the last piece. Putting trust is the wrong people; it is up to Bex, Macey and Liz to keep Cammie from walking off the edge.

Ally Carter has made some of the most shocking twist this series has even seen. As this is the fifth of six books, we are getting extremely close to the of the Gallagher Girls series. It is finally clear what the final battle is going to be about. I find it odd though that she picks the main problem to be the Circle, yet they were not mentioned in the first two books at all. This book is defiantly the one that had the most twist though. From betrayals to awakens, this book is one for the ages. This is probably my favorite of the series (I have not read the last one yet, so I’m hoping its better) for it shows Cammie and her friends not as spies, but at girls as well. Seeing Bex hostility towards Cammie truly shows how much Cammie leaving hurt their friendship. It shows Cammie finally breaking down after she finds out what Summer Cammie went though. This book has a lot of opening and endings. He most saddening ending though is not only another betrayal but the ending. As Cammie, Joe and her mom finally find out what happen to Matthew Andrew Morgan. 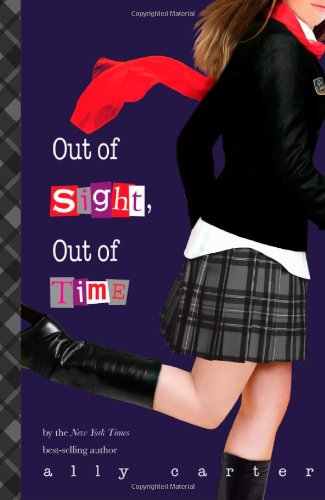 
Buy from Amazon
The author's comments:
The is my favorite book of the series for it shows that even the strongest can be broken down.
Post a comment
Submit your own