When one picks up The Lost Boy, it's one non-fiction book that any reader cannot put down. Think of a1970 Californian household where abuse takes place; Pelzer can describe it without a doubt. His cold descriptions make you feel as if you are being taken through his life, and treated as he was, and this could simply break one's heart. The story begins in the garage of David's home where he tells of his nights he spent shivering while lying on his cot and just praying for the next day to come.

David Pelzer is the kind of little boy that anyone just wishes the best for. He's the kind of boy that deserves a loving family, but doesn't have the freedoms and happiness that many of us do. You'll keep reading this story just because you hope the best will come to him. Mother made David's life a living hell and is the reason that Dave has had such a dreadful life. Reading this book will cause one to wonder how someone can be so cruel, how someone could treat his or her own child like she does. David's father was always on David's side, but he could never stand up to Mother. Father's the kind of guy you just wish could grow a backbone. He has a kind heart, but it's useless without a little bit of courage.

As David struggles to find a foster home that he can actually call home, he grows in character. He fights for friendships and makes wrong choices, but he still tries to fit in. During the course of the novel he challenges himself with the thoughts of wanting to go back to Mother and wanting to hate Mother. While visiting counselors, attending new schools, moving, and working, he grows accustomed to a busy lifestyle.

Is your life at its lowest point? Think again. Pelzer's The Lost Boy will make you feel like your life is close to perfect. If stories that give you that little bit of hope interest you, this would be your pick. It's a prime example of what people are not aware of: the treacherous lifestyles of others. As David moves from foster family to foster family, you'll be flipping the pages as fast as you can read- this book is one you don't want to miss out on! 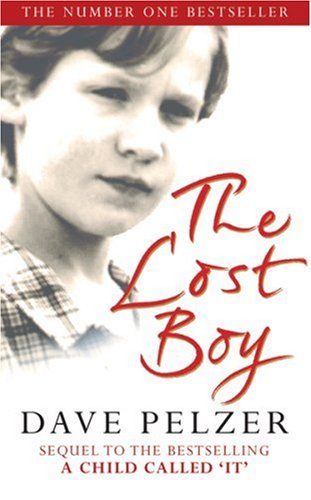