Princess in the Spotlight (The Princess Diaries #2) by Meg Cabot

Princess Mia is back with a whole new set of problems. When she final gets the hang of being a princess, everything changes fast. Mia found out in the first volume that she is the only heir to the throne of the small European country called Genovia. From that she made the agreement with her farther that if she finishes school in New York she will visit (and one day rule) Genovia. With that her first appearance as the princess will take place in December. Her Grandmére has been giving her princess lessons in wait for December.

In this volume takes place from October 20th to November 1st. Only twenty days for a 250 page book? Let’s say they are the busiest twenty days ever. With a surprise announcement from her mother and algebra teacher Mr. Gianini, announcing about their engagement. The wedding will take place on Halloween at town hall. Yet Grandmére has a surprise for them planning a full on wedding at the plaza. If that does not shake Mia up her interview with Beverly Bellerieve might. Beverly the host of a famous talk show twenty-four/seven where Mia tells the world about her mother surprise, that her school sucks, and that she’s basically the most unpopular kid ever. With school the next day she is not ready to face the class. To make matters worse, Mia meets her secret admirer Jo-C-rox at the end of the book, and it is not who she expected.

Meg Cabot learned what makes a girl tick; making a 250 page book in only twenty days. Well they did say girls are full of drama. Meg captures the pure aspects of being a teen girl. Although I hope Mia will stop freaking about her lack of boobs for it making her have a breast obsession. With this being volume 2 of 10 volumes Mia story is not over yet. This also became a movie in 2004 called The Princess Diaries 2: Royal Engagement. Stay in and ready all the diaries of Princess Amelia Mignonette Grimaldi Thermopolis Renaldo. 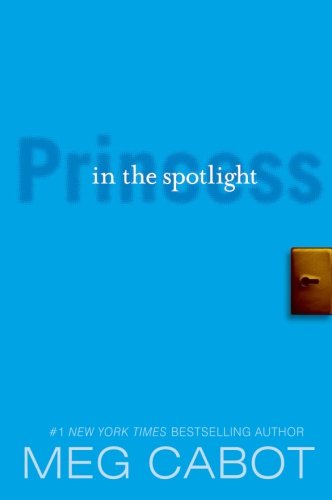 
Buy from Amazon
The author's comments:
This is only book 2 out of 10. we still have a lot of adventures with Mia left!
Post a comment
Submit your own