Gold Manor Ghost House by Merry Brown. YA Books, May 2013.


Anna Rose Ellingwood gets her big break when she is cast as one of the characters on TeenTV’s new fall drama: Ghost House. Leaving her home in Hollywood, she moves to a small town in Tennessee to start filming with the rest of the cast. Everything seems normal, until Anna discovers that the house, Gold Manor, that they’re filming in may be haunted. Besides that, there is a bigger conflict that Anna must face. A supernatural war between ancient families. And Anna is caught in the middle of it.

In short, I thought that this book was a great twist on your average paranormal ghost story. I think the plot was very interesting, because I could literally not put it down! I stayed up until midnight some nights because of that! I’d admit it was a little confusing in some parts, but that only made me want to read more! I loved how the story kept going no matter what. In most books, it takes a lot of unnecessary time to explain every single detail. What was great about this book is that it was rather quick, straight-to-the-point, and still a great read. The prologue immediately caught my attention, and I was instantly captivated. I liked all the characters, but I especially liked Meg and the main character, Anna. I think lots of people are going to be able to relate with all of these characters. And that’s a good thing to have when you want more people to read your books.
As time went on, the plot did not fail to impress me. I just kept reading and reading, and soon enough I was sadly on the last page. It was rather depressing to have such a good book end, but I’m so excited that there’s going to be another book. I’d definitely recommend this book to anyone who likes horror and ghost stories with a bit of mystery. I’d rate it 5/5 stars! 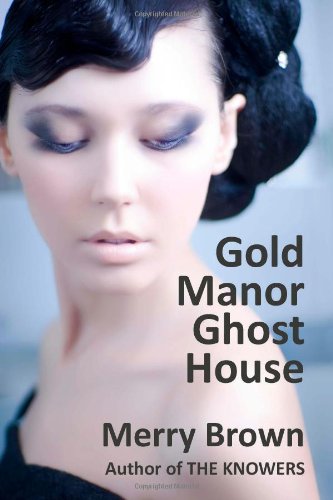