I've just finished the book Burned by Ellen Hopkins, and what I have to say to that is WOW! The second I picked it up I had to finish it. This whole book is written in freestyle and concrete poems, which is probably why I picked it up to read.

Ellen Hopkins' style of writing is powerful, she is inspiring me to try writing poetry. “The poems are masterpieces of word, shape, and pacing…”-SLJ

The book is about a Mormon girl Pattyn Von Stratten, she lives in a very strict home life leaded by a very religious mom and dad, whom believe strongly about “a women's place”. Pattyn and her sister live in a home when her dad has to much to drink he tends to beat his wife. In the beginning of the story she was questions about her religion, sex, life, and love.

While she was trying to figure out everything she meets Derek, a boy who was not Mormon, and he leads Pattyn the wrong way to alcohol and sexually activity. The rumors went flying all the way to her dad. Her dad caught them hanging out and threatens to kill Derek if he ever looked at her again. She gets into trouble at school after that and finds out her mom is pregnant. Her dad sends her to his Aunt J in Nevada for the summer. While in Nevada she meets Ethan, accordingly to Pattyn the most handsome guy ever. He was her first love.

She became confident, and even beautiful coming back from Nevada. While she was in Nevada she learns some answers to those questions she had in the beginning. When she finally comes home her dad was starting to beat her and her little sisters.

This book doesn't have the obvious ending, but you will be hanging there at the end wishing there was sequel to it. 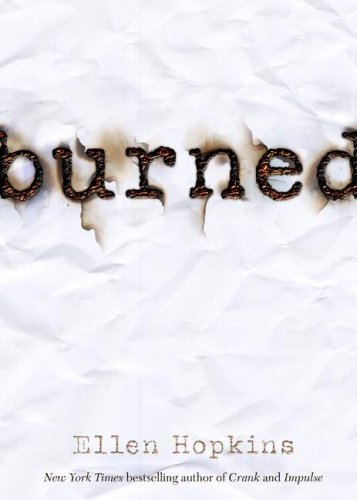 just3words said...
on Nov. 11 2008 at 8:45 pm
I have read all of Ellen Hopkin's books, including her newest IDENTICAL. As much as they can be disturbing (b/c they are very true, and sad things) they are wonderfully written and extremely intricate. My personal favorite was Impulse.