Written by Diana L. Sharples, Running Lean is a YA novel that deals with a relationship falling apart due to anorexia.

The main characters are Calvin and Stacey. Calvin is a typical sixteen year old boy living on a farm. When he’s not working, he’s riding his motorcycle or repairing its latest damage, all the while grieving for his brother who just dies in the war. His girlfriend Stacey has helped him through it, but when he finds out Stacey’s anorexic, he can’t give up on her just like she didn’t give up on him. While Stacey is being a loving girlfriend, the different side of her is still insecure about being fat; hence her dad teasing her about being a “chubkins” forces her to go on with it. No matter how hard she’s hurting Calving and their relationship. The novel also deals with its own love triangle, as jealousy bites other friends that come into their relationship as well.

Despite the conflict, we see two sides of it. It’s told in the third person of both Calvin and Stacey, where each side gets split up in chapters. There lies interesting perspectives – how bad Calvin is hurting through Stacey’s eating disorder, but how he keeps making the difficult decision to “love her through it.” While Stacey’s side shows the need from all her emotional pain to physicalize that with anorexia.

While these two sides are equally shown, the story’s important theme comes out. Through such intense pain between them, there must be a balance. And it’s up to them to find equilibrium, or else it will break them apart. And in this case, Stacey could die.

The Author’s insight into the novel was interesting, as it expresses in the acknowledgements, her love of God and motorcycles plays into the story. Her purpose for the book was to “enlighten and entertain teens.” And she certainly does that. I found it to be a very insightful read that was also enjoyable. The details and different tone of voice make the characters come alive. Though the situations they face are very serious, the way it’s described makes it easy to care about their lives. A lot of people will find this relatable, as these issues are becoming frequent news in today’s time. And to others that haven’t experienced those issues in some way, it’s still an enjoyable read that captures emotions easily.

Running Lean is a novel I’m glad I read and will recommend to anyone, as it’s not forgettable in any way. 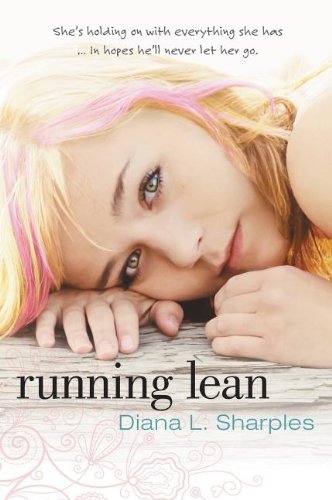