Novel Summary: Beatrice Prior's world is organized and arranged. Five factions rule: Abnegation, the selfless, Erudite, the intelligent, Candor, the truthful, Dauntless, the brave, and Amity, the peaceful. Beatrice lives with her parents and her brother, Caleb, in Abnegation. But she is sixteen, the age when children must choose a faction to live in for the rest of their lives.
Beatrice doesn't belong in Abnegation. She is too selfish, too unkind for that to happen. Her Aptitude test results are splayed over three factions: Abnegation, Dauntless, and Erudite. She is Divergent; a stain on society. She must keep her divergence a secret if she is to survive. Beatrice renames herself Tris and joins the Dauntless, where she finds love, friendship, enemies, and a secret plan to destroy them all...
Review Opinion: Divergent is a fast-paced novel that keeps the reader engaged from start to finish. The plot is also very simple and easy to understand, though the world it is built upon is complex and diverse. Since the novel is narrated from Tris's first-person view, it only shows and explains two factions: Abnegation and Dauntless. Readers will also get a peek into Erudite, but it does not explain very much about the faction other than the fact that they love knowledge. In the trunk of the story, however, the plot is forgotten during Tris's unrealistic romance with Four, her instructor. The romance takes up a majority of the book during which it is the only thing to happen: the number one thing on Tris's mind at all times. The characters presented are very well developed and highly engaging, and the world is amazingly complex and realistic. Characters have different voices from one another, and there are never times when they "blend" into the same character.
The main event is at the conclusion of the story: a bloody battle created by Jeanine Matthews, the Erudite "leader". Some parts of the book may have been disengaging and boring to some readers, but it is enough to make them come back for more.
I myself enjoyed this book, if not thoroughly, enough to make me come back for the next book. 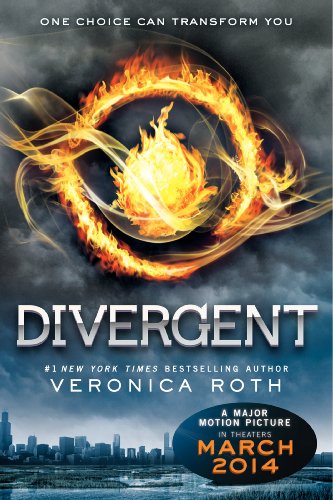 
Buy from Amazon
The author's comments:
Despite the harsh review, I enjoyed the book. The writing may not have been the best, but the ideas were vivid and mostly thorough.
Post a comment
Submit your own