Khaled Hosseini had a tough act to follow with the release of his second novel, A Thousand Splendid Suns. His first, The Kite Runner, was met with near universal acclaim. Fortunately, as with a family with their second child, the love expands to fill the need. A Thousand Splendid Suns, set in Afghanistan before and after the Taliban, pulls us into the arduous lives of women in the nation. Women of many cultures throughout the world look to men for approval and verification of their self-worth. Hosseini’s protagonists are no exception. It is only when they look to themselves and each other that they are able to recognize their own strengths and value.

Throughout the book, Hosseini foreshadows the metamorphosis that will take place in the women and their relationships. As a child, Mariam worships her father and discounts her mother’s value. However, it is Nana who imparts the wisdom that foreshadows Marian’s fate. She tells her daughter, “Like a compass needle that points north, a man’s accusing finger always finds a woman” (7). When Marian and Rasheed are married, she signs her name to the marriage contract under the watchful eye of the mullah. This event foreshadows the next time she signs her name with a Mullah present, on her death warrant. Even so, it is the satisfaction she feels then that echos the theme; it comes not from her relationships with her father or her husband, but from Laila and Aziza. Her last thoughts were that, “She was leaving the world as a woman who had loved and been loved back...This was a legitimate end to a life of illegitimate beginnings” (329). She, the harami, the weed, had obtained a measure of peace and happiness.

There is irony in the relative value the Afghan women in the text put in their relationships with the men and women in their lives. Whether one investigates the relationships of Marian with her father and mother or those of Laila and Marian with Rasheed, the women put more value on the men than they do in each other. Ironically, it is the women who are ultimately most loyal to each other. Marian’s mother would hang herself over the perceived loss of her daughter’s love, yet her father would drop her completely when it became awkward to have her near. Marian wakes to this reality and rejects her father saying, “I used to worship you...I didn’t know you were ashamed of me” (50). Likewise, both Laila and Marian initially view themselves as competitors for Rasheed’s love when he truthfully is incapable of loving either. Ironically they both come to experience an enduring love in each other. The author uses this irony to demonstrate how the women’s satisfaction with life grows as their alliances change.

Many cultures of the world put a higher value on men than on women. Sadly, women often adopt the same attitude. In Hosseini,s book, A Thousand Splendid Suns, the protagonists Marian and Laila are initially no different. However, they find their strength, not through the relationships they had with men but with each other. With foreshadowing and irony, the author demonstrates how the lives of these two women, however difficult, become more meaningful when they look, not to the men in their lives but to each other and themselves for strength and love. 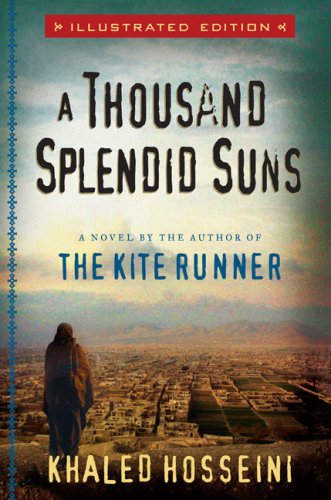