James Patterson is a renowned writer whose murder mystery novels have been read cover to cover by millions. The genre of Science Fiction is unchartered territory for the seasoned veteran and it shows. The story of Toys takes place in the future during the year of 2061, after a post-apocalyptic type event known as 7-4 day occurs leaving humans as an endangered species and Elites reigning over the world. The while being interesting, Toys isn’t a book that I would recommend to fellow reader for various reasons.

Hays Baker is a man who works for “the Agency” and following a chase with fleeing murderers, he ends up in the hospital and finds himself in surgery. But an unexpected turn of events that was generated from a discovery during his surgery leaves Hays running from the very people that he once worked for including his own wife. The radical change of being at the very top of society to association with the humans at the same level as dirt is mind blowing. Hays finds himself between a rock and a hard place and chooses to take the side of his former enemy, humans.

Though this is a science fiction book the descriptions and the supernatural abilities are extremely farfetched beyond even the genre. For example, “Within three seconds I’d reached my top speed of nearly fifty. By now I was using ten-yard Strides.” This use of imagination on James Patterson’s part is absolutely ridiculous and left me astounded at the length Patterson had stretched the details. The virginity of Patterson at the genre is extremely evident and leaves me thinking that he should stay with what he knows. Another fault of this novel was the predictability. As the story progressed many of the details were unexpected, but the ending and the destinations were easily predictable. These elements led to the detrimental overview of the novel as a whole.

The story is heavily geared towards the teenage reader because the language is not complicated in its nature nor does the plot go anywhere beyond a normal readers comprehension. Overall the Science fiction novel, Toys, by James Patterson and Co-written by Neil McMahon was a piece of literature better left on the shelf. The inflated descriptions and straightforward storyline is a nothing that would compel me to read another book of this genre by Patterson. The limited experience of Patterson in these waters is exposed and does not quite live up to the typical James Patterson standard. This forces me to not recommend this book to another person and rather look towards James Patterson’s other novels in the murder mystery genre, which Patterson has time and time again proved are works of art. 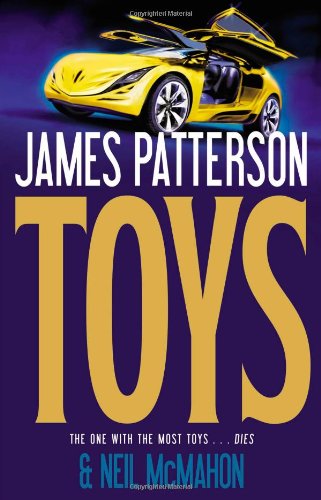