Favorite Quote:
Science is nothing but a refinement of everyday thinking.

Following the death of his father, David Balfour finds from the local minister ,Mr Campbell that he had wealthy relatives in a nearby town and it was his father’s desire that he should seek their help. Upon his arrival at his uncle's house, David discovers that he is unwelcome, and slowly the truth of his identity begins to unravel.
Kidnapped is more than a story about a young man's search for his true birthright, however – Stevenson knew that more than that was needed to capture a young adult's attention for the length of an entire novel. Even as David is trying to find out the meaning of his uncle’s odd behaviour, his newfound relative is plotting against him. David suddenly finds himself kidnapped and aboard a ship destined for the American colonies, where he is to be sold as a plantation worker presumably at his uncle's behest.
David's situation seems hopeless until Alan Breck comes aboard the ship. Almost immediately upon Alan's arrival comes a desperate battle for their survival. Thrust into a situation where they must count each other allies against the greedy crew, David and Alan become fast friends. After a brief separation caused by the sinking of the ship, they travel together for the remainder of the novel.

Alan Breck is a highlander whose kith and kin had been harassed by King George of England.Alan used to work against the king and was wanted in Scotland.He was an outlaw and if found he would have been immediately arrested.But he is daring and not at all afraid.He manages to evade soldiers and scouting parties along with young David.It is Alan who develops a ploy which tricks David’s uncle into giving him his inheritance.
Stevenson clearly uses the character of Alan to involve David in more dangerous adventures. However, many of the adventures that David experiences are also caused by his naivety and over-confidence. For example, early in the book he is so certain that he can handle his uncle's attempts to get rid of him that he unwittingly walks right into a trap. Later in the story, when he is shipwrecked on an island, he nearly dies of starvation and exposure before finding out that his "island" is separated from the mainland only when the tide is in. The combination of Alan's influences and David's own propensity for getting himself into trouble result in a novel that is sometimes humorous, sometimes invigorating, but always impossible to put down. 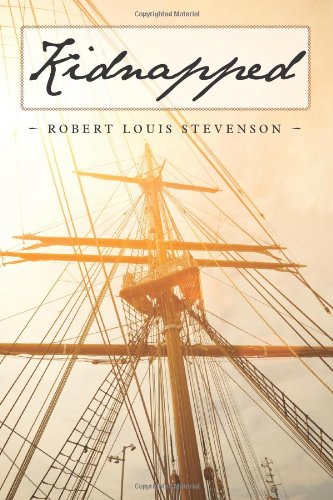 Daniyal Shahbaz said...
on Nov. 12 2013 at 3:02 am
A great historical novel, with lots of adventure. It is set in 18th century Scotland, around the time of the Appin Murder. I know nothing of the Scottish history of the period and yet understood the historical background pefectly. Stevenson (a Scot himself) treates the Scottish Highlanders sympathetically. I found the plot engaging and the descriptions of historical and geographical backgrounds interesting and colourful.