Tangerine
The book I did my report on is Tangerine. Paul (the main character) is a 13 year old boy who loves soccer. He had been playing it ever since he can remember. When his dad gets a new job, Paul is forced to switch schools, and start on a new soccer team. One thing Paul just hates about himself is that he has glasses. When he was little, his brother (Erik) and his friend held Paul down and dumped paint into his eyes, which ruined his vision, so he had to get huge, thick, ugly glasses. While playing soccer one day this kid named Mike Costello got struck by lightning, which caused a big controversy, and is a big part in the book. Near the end there was a fight at school and Paul had to go to a private school for a year. I would recommend this book because it is perfect for the ages of 13-14. It was one of those books that you don't want to put down because you want to know what will happen next. I give this book an eight! 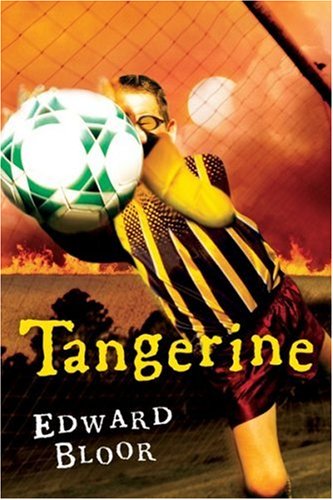