Most people in Welch had a pretty good idea how bad off the Walls family was, but the truth was, they all had their problems, too-- they were just better than we were at covering them up. I wanted to let the world know that no one had a perfect life, that even the people who seemed to have it all had their secrets.(270) The Glass Castle tells the story of a family with more than enough problems. Poverty, domestic violence, neglect, and lies make it a book that makes you realize that not everything has an easy solution. It also talks about how much love is in a family and the importance of never giving up.

At the start of the story, Jeannette practically idolizes her father Rex. From his intelligence to his charm, everything about him is perfect, even with his “bit of a drinking problem”, and violence toward his wife. Her mother Rose is an artistic free spirit with a childish attitude.

After Rex’s drinking causes him loses one job after another, the family has no choice but to move to West Virginia, their first permanent home. Things quickly go bad when Rex disappears for days at a time. Jeanette starts to realize that her father isn’t the hero that she thought, and her mom becomes more annoyed with the children’s dependency on her. Slowly their family and their world fall apart.

Something a reader might notice is how through everything, the burns, abandonment, bullying, theft, the author never really goes into the feelings behind it. When the kids in Welch attack her daily, or when her dad uses her as part of a bar scam, she just says that she’s angry. At that age (13) it’s hard to believe that she always walked away the bigger person, never giving any real emotion towards anything. When she fell out of the back of the truck and was left for hours in the road, she just sat there picking rocks and waiting for them. How could she be so calm about such a scary situation at that age? All these little things make many parts of the book seem made up.

Overall, Walls’ gives a look into a story we all have heard a million times, the rags to riches story, but focuses on the rags. I recommend it to people who enjoy stories of hardship and triumph 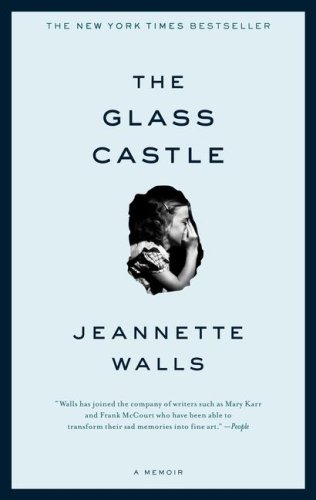