Anna and the French Kiss by Stephanie Perkins | Teen Ink

Anna and the French Kiss by Stephanie Perkins

With so many books about vampires and werewolves filling up the shelves of bookstores and libraries everywhere, it is becoming very hard for a young adult reader to come across literature that is charming, romantic, and at the same time realistic (sorry girls, Edward Cullen isn’t real), but young adult author Stephanie Perkins may have broken the trend with her debut novel Anna and the French Kiss. And don’t worry, despite the title, the book is far from a clichéd romance.

Getting sent to a boarding school in the heart of Paris when you are only 18? What girl would hate that? Well, moving to the City of Light during her senior year is the last thing Anna Oliphant has on her to-do list. She definitely doesn’t want to leave her family, friends, and almost-boyfriend back in Georgia, but her father, a famous Nicholas Sparks-esque author, believes sending his eldest daughter to Paris is the right thing to do with his newfound fame.

Anna is whisked off to the School of America in Paris, otherwise known as SOAP, in her opinion “to be cleansed.” Alone and with limited French skills, Anna quickly befriends her neighbor Meredith and is welcomed into Mer’s group of friends consisting of Josh and Rashmi (an inseparable and at times unbearable couple) and Etienne St. Clair, an American citizen with a British accent and a French name.

Almost instantly, Anna falls head over heels for her new friend St. Clair and it is not hard to see why. He is funny, kind, and adorable. The only problem is, he has a girlfriend and Anna isn’t the only one who has her eyes on him.

The reader is thrown into a heartwarming story about friendship and love. The characters are perhaps the most realistic characters in a young adult novel. They all have flaws and no one more than St. Clair. Anna soon sees that his life isn’t as perfect as his appearance makes it out to be. But St. Clair becomes such a perfect male character because he strives to improve himself instead of fishing for pity.

Anna also is a character readers begin to adore. She is one of the most likeable female characters in literature today, in my opinion. She is quirky and nerdy; not a porcelain doll some authors make their female leads out to be. Readers root for her to end up with St. Clair almost instantly.

The supporting characters should not go unnoticed. Mer, Josh, and Rashmi become more than just the lovable sidekicks. They perfectly capture the lives and personalities of different teenagers. They are almost mirror images of students one would see walking through high school hallways. At times, with their witty dialogue and funny antics, they even steal the scene from Anna and St. Clair.

Stephanie Perkins has written a young adult masterpiece. With the perfect blend of humor, romance, and life lessons, it is a must-read for teenagers and adults alike. And it doesn’t hurt that the reader feels as if they have traveled to Paris and back in the comfort of their own home. 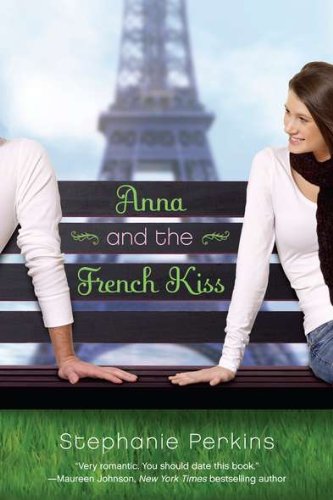