Favorite Quote:
So we beat on, boats against the current, borne back ceaselessly into the past.

The Sun Also Rises, written by Ernest Hemingway in 1926, tells the story of several American and British expatriates who live in Europe, with most of the story taking place in Paris and parts of Spain. The characters develop relationships with each other over a multitude of alcoholic drinks, altercations (both physical and verbal), and addictive bull fights. There are also a few love triangles thrown in to ­appease the romantics in the crowd, although the book is far from sentimental.

This novel was my first exposure to Hemingway. Since my favorite author is F. Scott Fitzgerald, and the two literary giants are often linked, I thought I would give The Sun Also Rises a chance. If this is Hemingway's greatest work, as many critics claim, I must admit that I don't understand all the hype. The plotline, while enjoyable at times, never fully grabbed my attention; I almost feel as if the entire book was a buildup toward a climax or purpose that never reveals itself.

Also, Hemingway is known for using extremely terse declarative sentences. As a fan of lyrical prose, this bare-bones approach to writing left me craving more vivid imagery, particularly in the emotional tone and context of many scenes. However, if you like minimalist authors who strip down a sentence to its core, then you will love The Sun Also Rises. This is simply a stylistic preference, and I can understand that some readers prefer the “say more with less” approach.

This book and its author seem to be polarizing since many of my friends disagree with my dismissal of its quality, prompting me to want to re-read it in case I missed something. While it wasn't a page-turner the first time around, I will definitely give The Sun Also Rises and Hemingway another chance soon. Pick it up today and see what you think! 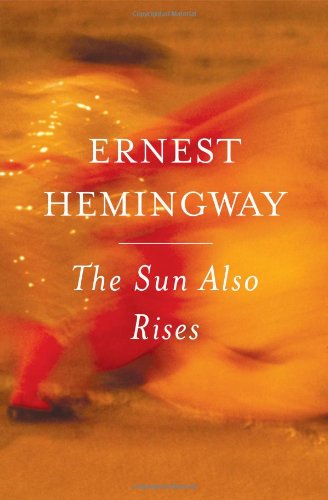