Memoirs of a Geisha by Arthur Golden


Memoirs of a Geisha is a coming of age story, absolutely chock full of teenage angst, and star- crossed lovers. This book follows the life a young girl from a small village, who is sold to be a geisha at a young age. The main character is forced to endure painful hardships, as well as commit unspeakable acts, just to survive.

In Memoirs of a Geisha, the theme “some people will do anything for love,” is shown prominently throughout the book. The main character spends almost her entire life working to win the man of her dreams. She even gives herself to another man so that her path to her true love could become unobscured at last.

Though this book is well- written and is devoid of plot holes, the lack of historical accuracy subtracts greatly from it. Also, the main character never actually achieves true love, happy to settle for being her true love's mistress, a development which is very anticlimactic.

I recommend this book to more mature readers, because of the sexual content. However, I do recommend that you read up on geisha before reading this book, because it is important to know the truth. 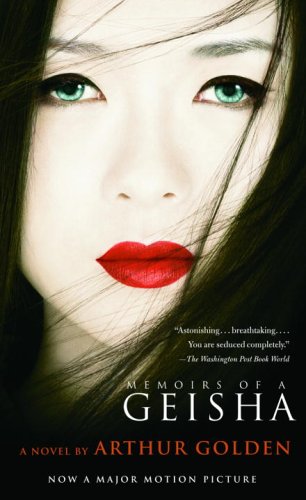