You might not think you know much about Philip K. Dick's 1968 science fiction novel, which explores a post-nuclear-war future in which the majority of humanity has immigrated to space and are served by often rebellious androids, but you probably know more than you think. The novel is better known by its movie adaption, “Blade Runner.”

The story centers on Rick Deckard, a bounty hunter paid to track down and kill androids escaped from Martian colonies. His job is made difficult by a group of new and improved androids, who attack and injure his fellow bounty hunter. The androids' intelligence turns out to be the least of Deckard's problems. Like a character in the classic noirs of the ཤs and ཮s, he also faces a beautiful and possibly villainous femme fatale: Rachael Rosen.

Of course, in androids, “villainous” is a relative term. The book takes pains to ponder whether Deckard is on the right side. Sure, the androids commit murder to make their way to Earth, but they are practically enslaved. This moral ambiguity makes readers uneasy as they are introduced to more and more androids, each more clever than the last.

Unfortunately, the book runs into problems here; the androids themselves are often unlikable. The survivors are cruel. They even discuss killing the mentally challenged, lonely man who helps them, and, much to his anguish, tear the legs from a spider just to see what will happen. That being said, the book still raises questions about Deckard's morality as he empathizes with the androids more and more.

The book is strongest when it explores the spirituality of 2021 and how it affects human/android relations. The most widespread religion is Mercerism, in which believers combine their minds to achieve togetherness through empathy and the struggles of a mysterious savior ­figure, Mercer. The belief encourages members to care for animals, which have become rare in the radiation-plagued world.

Those approaching the book expecting a print version of the film will be disappointed. Though the scene in which Deckard interrogates Rachael Rosen using an apathy test designed to prove a person's humanity is almost word for word in both versions, the book is less about action and powerful visuals than the movie. Instead, the novel shines when it explores the implications of the future.

The ending, unlike the film's, is grim. While it's not completely hopeless, it leaves the impression that all of Deckard's work has been in vain and has left him no happier or more successful than before. The ending to his struggles with the androids is anticlimactic, but this doesn't weaken the full effect of the book. Contemplative and clever, it continues to be a masterpiece of futuristic science fiction. 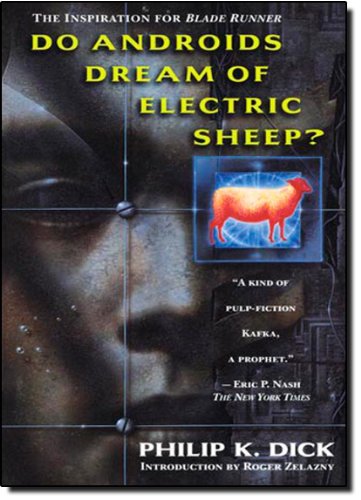 View profile
Wonderful!  In the past few months I have become interested in science fiction and this review is well written and convinces me to read it.  I have not seen the movie, for all you people that watch the movie BEFORE reading the book.  (Crazy, right?)  Please comment on some of my work, they're haikus.