How do you walk away from love? For Jason, an out of the normal teenage boy, that question he just might be able to answer. He is what you would call a sarcastic, cynical, “crappy friend” to his ONLY friend Brian. After his mom and dad divorce when he was ten, Jason was left with a heart broken mother who is trying to come out her shell but because of Jason's father she can't. Her new fiancé wants them to move away, and his father would rather be anywhere than at Friday night dinner with his son. His mother's lack of intimacy towards him and the fact that she can't stand to touch him because of his father, makes his life even harder. He then discovers a new way to occupy his time with things like “Interview with Stepfather” and “Memoirs from Hell” that has come from the new “zine” he has put together. While hanging out at tower records waiting for an issue of “escape velocity”, he meets the one he who inspired his zine…Marisol, a head strong “Puerto Rican Cuban Yankee Lesbian” whose dreams of escaping, and dysfunctional family lead her to him and hard love is born. As time progresses, the friendship gets stronger and emotions start to stir and they both began to shed their protective shells. The junior prom grows closer and although he never enjoyed things like that, Marisol accompanies him, and everything is disastrous as we realize that he mistakes his very intimate relations with Marisol as Love. With good intentions of fixing the seems of their broken friendship, he invites Marisol to a Zine convention on the sandy beaches by the Bluefish Wharf Inn, not knowing that that would be the answer to the age old question…how do you walk away from love? 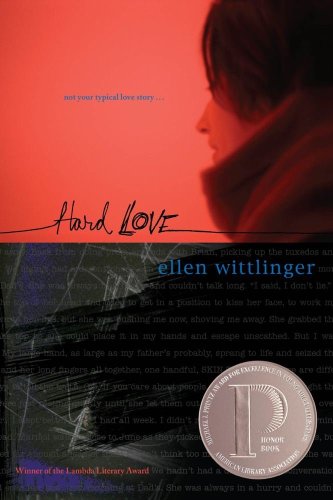