Favorite Quote:
"Shoot for the Moon. Even if you miss, you'll land among the stars."

Suzanne Collins and her cast of characters has thrilled us again with the third and final installment of the Hunger Games Trilogy, Mockingjay. Katniss Everdeen is back, and just in time for the war that’s raging on around her. It’s the Rebels vs. the Capitol in a fight for freedom.
Katniss is expected to become the Mockingjay and lead in the rebels fight for victory. The only question is, can she fill such an enormous role? Will becoming the leader of the rebellion help rally the Districts together, or just put everyone she loves in danger? With Peeta thought dead and everyone she cares about at risk, what is there to do, but fight?
There doesn’t seem to be any other solution. Katniss and a team of rebels head to the Capitol with one goal in mind: Kill President Snow and end the age old war once and for all; but when the bombs rain down, can they make it through the chaos? Lives will almost certainly be lost.
I am personally a huge fan of The Hunger Games, but this one had a bit too much death and violence for my taste. Of course, what can you expect of the post-apocalyptic world this book is staged in? If you are squeamish about that sort of thing, thought, I wouldn’t recommend this book to you. There is a lot of death and some intense and bloody battles. No one is sugar-coating the war aspect of the story.
I’d give it four and a half stars. I was up through the night reading this gripping story. I couldn’t put it down. The saga of life, love, and the fight for survival that is Mockingjay will have you sitting on the edge of your seat page after page. 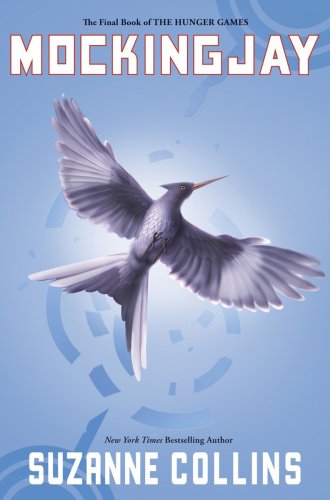