“Today’s game is ‘I live in London.’ Notice that I have included $1,000 in cash in this envelope. This is for a passport, a one-way ticket from New York to London, and a backpack.”

As a rule, Virginia Blackstone - Ginny - tried to go unnoticed. Her attempt worked well until her crazy Aunt Peg contacted her and sent her on a little scavenger hunt. Ginny soon finds herself traveling around the entire world, talking to strangers and falling in love (things she almost never does), following the directions in these little blue envelopes (hence the name of the novel). She’s not allowed to have any contact with the outside world, except through letter writing, and has no familiar faces to turn to for help. Ginny goes to exotic lands in search of some of her Aunt’s friends that she met during her travels, only to find that some of them had either moved, died, or had absolutely no idea what Ginny was talking about. Ginny wants nothing more than to ask her Aunt what all of this means, but she can’t; her Aunt died about a month before the little blue envelopes showed up at Ginny’s door.

13 Little Blue Envelopes is a story about finding yourself and learning who you really are. It makes you think about everything that we as humans take for granted and how the simplest things in life can sometimes be the most beautiful. Not only is this book a heartwarming tale, but it’s also like a mini travel guide and educates you on the different kinds of art and various artists from the early eighteenth century to present day. I really enjoyed this book, and I believe that everyone should read this before they graduate from high school.

I GIVE THIS BOOK FOUR OUT OF FIVE STARS! 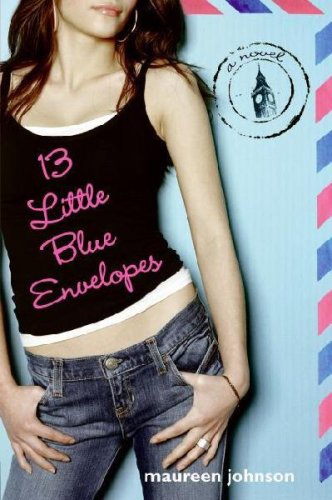 Favorite Quote:
There are pirate ships and steam ships but the best ship of all is friendship.

View profile
I haven't heard of this book, and already I want to by it and read it.  It sounds really good.