Four Queens is a biographical novel of the four Provençal sisters who grew up to become the most powerful women in all of Europe. This book follows the lives of the sisters Marguerite, Eleanor, Sanchia, and Beatrice, who became queens of France, England, Germany, and Sicily. Though their dangerous adventures seem like something out of a fairy tale, all of it is true.

This book illustrates the truth behind the theme “power is destructive” in every aspect of the flawed character's lives. Through the lust for power, kingdoms are destroyed, lives are lost, and love is torn asunder.

This book is one of the best I've ever read, and though it isn't an actual “story” per se, the writing is clever and enrapturing, refusing to let the reader take their eyes from its pages.

I recommend this book to anyone who is interested in the strength queens in medieval times exercised over their husbands, and therefore, over the kingdom. It you believe there's more to a story after the “happily ever after,” then you will love this book. 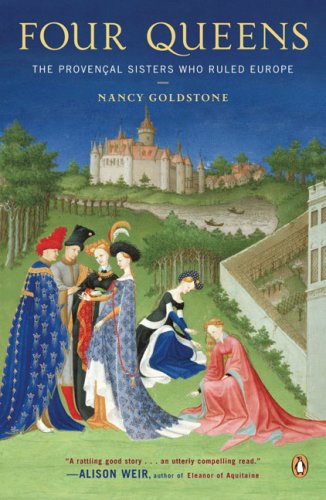