The Lost Symbol by Dan Brown

Author Dan Brown is able to create a thriller that is hard to put down out of The Lost Symbol. This is Brown’s third foray into the world of Robert Langdon, adding an entirely new cast and a new city for Langdon to explore. This time, he is tricked into visiting Washington D.C. in order to help a friend. But when he arrives, things are vastly different than what he expected. Brown’s tried and true formula of mystery and action, alongside an interesting mix of characters, a whole new location, and a gripping story combine to create a near perfect thriller novel.
The intensely interesting characters are really what make plot keep going at a blistering pace. Robert Langdon, a Harvard Professor of Symbology, takes the helm of this thriller, but not without help from Noetic Scientist Katherine Solomon and a slew of government workers and officials. Professor Langdon is really promoted to being the sex symbol of the academic field, describing everything from his toned physique to his quick thinking and problem solving skills. He truly is a likable character that readers will be rooting for during the entire novel. The professor is the type of character that people can see as an image of themselves; he is just an everyday “Average Joe” that somehow always manages to save the day. Once Langdon and Katherine team up, they are able to work great togther, and form a clue finding solving teaming, eventually uncovering the hidden secret. These chemistry between the two functions great, and is only intensified by the pressure under which they are placed. The characters really grab the attention of the audience, and by the end the readers will truly care about how they end up.
Brown’s plot in this narrative is what grabs the attention of the reader, and does not let go until the climax has passed. The cast is forced into solving a high stakes puzzle spread through Washington D.C. An apparently evil, heavily tattooed man has taken Langdon’s mentor, and Katherine’s brother, Peter as his hostage, leaving his severed hand as the first clue on the trail. But, as it turns out, Peter is no ordinary person, but a powerful thirty third degree Mason, whose job it is to protect the secrets of the Masons. Now Langdon must comply with each request of the tattooed man, or risk the life of his friend. As with all Dan Brown novels, there are twists around every bend. After a while one may think that it become repetitive, but the author manages to keep things fresh and interesting. This thriller is an absolute page turner that will be difficult for readers to put down once the action has started.

Throughout the novel, the setting is one aspect that is absolutely essential to keeping the story moving. The Lost Symbol chronicles Robert Langdon’s whirlwind and unexpected trip around Washington D.C. The heroic professor is thrust into a situation in which he must decode and solve multiple puzzle and codes hidden throughout America’s capital. Most of these codes are in hidden in plain sight on building that most Americans have seen, but probably not noticed. Some of the places that Langdon visits are the United States Capital, the Library of Congress, the Washington Monument, and the National Cathedral. The use of such a familiar landmark really adds a sense of realism and familiarity to the novel. This is due to most reader being able to actually follow along and visualize their movement as the characters move from point to point. While the location of the story was essential to the plot, it also was also able to add more to the story.

The flawless execution of the previously mentioned literary devices really turns this into a worthwhile read. This book will definitely be enjoyed by anyone who likes the mystery genre, people interested in the meaning of some of our nation’s most recognizable buildings, and even by history buffs. There really is something for everyone here. It is certainly up to the standards set in Dan Brown’s previous bestsellers, and this one may even surpass his past work. It would be hard to ask from much more from the story. 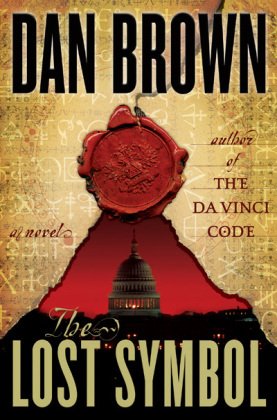