Halo: The Fall of Reach by Eric Nylund | Teen Ink

Halo: The Fall of Reach by Eric Nylund

Halo: The Fall of Reach
by Eric Nylund


I am not an avid reader, I'll admit that right now, but when I decide to pick up a book and read it, it should either be an action or a war novel, and Halo: The Fall of Reach is both. When I picked up this book, I was doubtful that it would be successful because Halo had two flaws with its story. One, it wasn't nearly realistic enough to be turned into a novel (at least I thought it wasn't), and two, it had an almost secret protagonist. Both of these, though, made it even better than I ever thought it could be. The first ten pages alone almost make it feel like it actually took place, and the descriptions are second to none. Another thing this book does is explain how Master Chief came to be, which was probably my favorite part of this book. Through Spartan drafting to being one of the last Spartans alive, it explains almost every inquiry I had about his legacy.

One imperfection in this book, though, is that, to some people, it is a little too complex. For me, I could understand all the military jargon used, considering as how roughly all the other books I read are like this, but for several people it is just to problematic. Don't get me wrong, the amount of realistic detail Nylund put into this is superlative, but some people I have talked to about this book said they couldn't comprehend the terminology used in describing battles, similar to Black Hawk Down and Hit the Beach . Another trivial blemish, I would have to say, is the jumping around of perspectives. Even though this is not major, it can be a bit baffling, seeing as how a Grunt is totally contradictory when compared to the Master Chief.

Now, knowing as how the majority of people who will be picking this book up will have played the game (Halo 1, 2 ,and 3 [mostly Halo 1] ), I must warn them of something. This book is a lot more descriptive and way different from the game. Think of it this way, take Rainbow Six and chuck it into a stew, and then take Halo's characters and some of it's story and blend it in. The outcome is an extremely tactical game with the story from Halo. In the book, Master Chief can't just strut right through enemies, he and his teammates have a mindset that they are not untouchable and are forced to use their head to think of strategies. I personally adore this turn of events, because (if you are a gamer you will get this statement) I am more of a Call of Duty guy. It also allows for the battles to be a lot more heroic than just "Master Chief ran through the ravine, slaughtering all in his path", which would become exceedingly repetitive and dull.

The plot is a little difficult to explain, it is almost like a hybridization of a biography and an action/war novel. The prologue starts with Chief and allies ambushing a large group of Grunts. After the preface, however, it follows Keyes and his expedition to find Spartans, and on his expedition he finds John (later to be known as Spartan 117). From then on it discusses the schooling and training he went through from when he was a child to when he grows up and starts the actual warfare. I found the portrayal of Chiefs life events very intriguing, because I always pondered over what he had done to become a Spartan

All in all, this is an awesome book and beyond doubt a must read for Halo fans. The descriptions are fine and juicy but aren't tasteless, and the story is great. This is the first book in the Halo series (I assume their is one in the works at the moment, I think their are four total books in the series at the moment), and is definitely one of the most fulfilling books I have read in a while. I hope you liked this review as I enjoyed writing it. 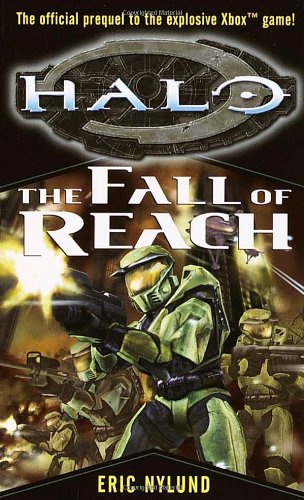