In The Charm School, captured American pilots are traded by the North Vietnamese to the Soviet Union for weapons. The Soviets interrogate them for years, but by the early 1980s, technology has changed so much that the pilots' information is no longer useful. Rather than kill them, the Soviets find another, far more disturbing, use for the Americans at a top-secret base called Mrs. Ivanova's Charm School.

American tourist Gregory Fisher meets an escapee from the school, who fills him in. Fisher manages to call the American Embassy before disappearing mysteriously. Fisher's information lands in the lap of Colonel Sam Hollis (himself a Vietnam veteran), who teams up with a reporter. With the help of fanatical CIA agent Seth Avery, they snoop (and occasionally shoot) in and around Moscow while learning more about the Charm School and Fisher's disappearance. Soon, however, they attract the attention of the Soviet secret police, who capture and send them to - you guessed it - the Charm School.

Will they escape? What are the captured Americans being used for? Read The Charm School and find out. 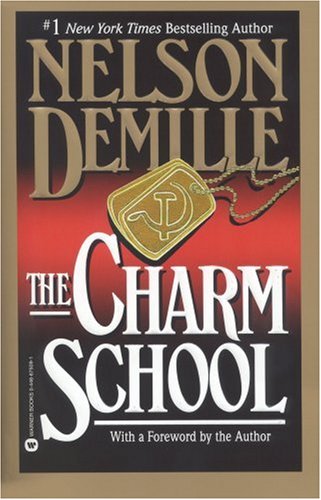