The Lighthouse of Modern Age

A person will never be able to fully empathize with another completely different individual. In fact, the sheer number of differences that exist between individuals are the fundamental building blocks of this diverse yet intriguing reality we are living in. However, there is something common to all of us, something encoded into our genes and carved on our bones. It is the search for the meaning of life.

According to Maslow’s Hierarchy of Needs, a person’s basic survival needs come first; after fulfilling the needs for food, company, and shelter, the next stage of life is self-realization. People tend to ponder and reflect upon their lives when they are idle, and everyone could have different answers to the ultimate question “what is the meaning of life”. However, in one Virginia Woolf’s novels: “To the Lighthouse” gave us some valuable insights for the search of the answer of this question. Although Woolf was often known as one of the most important feminist writers in modern history, during the later stages of her life when she looked back upon it, her writings started to discuss stories concerned with more philosophical topics.

The story of “To the Lighthouse” was set around the time period of the start of WWI. Mr. and Mrs. Ramsay brought their 8 children to a group of Islands in Scotland for the summer. Aside their children, the Ramsays were also hosting 2 guests. Charles Tansley and Lily Briscoe, the painter. Mr. Ramsay was a metaphysical philosopher and Mrs. Ramsay was a full-time housewife. During idle times, Mr. Ramsay often ponder upon profound philosophical questions in search of answers. Across the bay of their house on the islands, there stood a large lighthouse. The children always wanted to visit the lighthouse, but Mr. Ramsay always find excuses to prevent the children from doing so. The seemingly happy family had its own problems too. Mr. Ramsay, since his job was to ponder upon difficult questions, often fell into the predicaments; at those moments, Mr. Ramsay always goes to his wife for some relief. However, this continuous process had made Mrs. Ramsay tired.

Even the guests had their own problems. Lily said she was going to paint Mrs. Ramsay, but Charles insisted that women can neither paint nor write, which irritated Lily. His sexist words not only hurt Lily’s feelings, but also made Mrs. Ramsay question herself. They made Mrs. Ramsay question the value of her existence. Since the role she often played in the family is the servant and emotional dump of Mr. Ramsay.

Time flew by very swiftly. WWI begun in mainland Europe, and Mrs. Ramsay suddenly passed away one night. She passed away before Lily could finish her portrait painting of her. Maybe it was the weather, maybe it was Mrs. Ramsay’s death, Mr. Ramsay finally agreed to bring the children to the lighthouse. During their short voyage, Lily finished her painting of Mrs. Ramsay. She was like a source of inspiration and guidance for her, always giving her ideas for painting and life. In this novel, Woolf also utilized her iconic flow of consciousness narrative style to depict the characters’ thoughts. For example, Lily’s thoughts were depicted through her paintings. The subject of trait started with little bushes and flowers around the Ramsay’s house, but her final piece was Mrs. Ramsay. The change from portraying objects to portraying people of significance to her implied her thoughts. She realized the importance of Mrs. Ramsay to her. The painting process was like a journey in search of the meaning of life, and the answer she concluded was to live, feel, and cherish people around her. 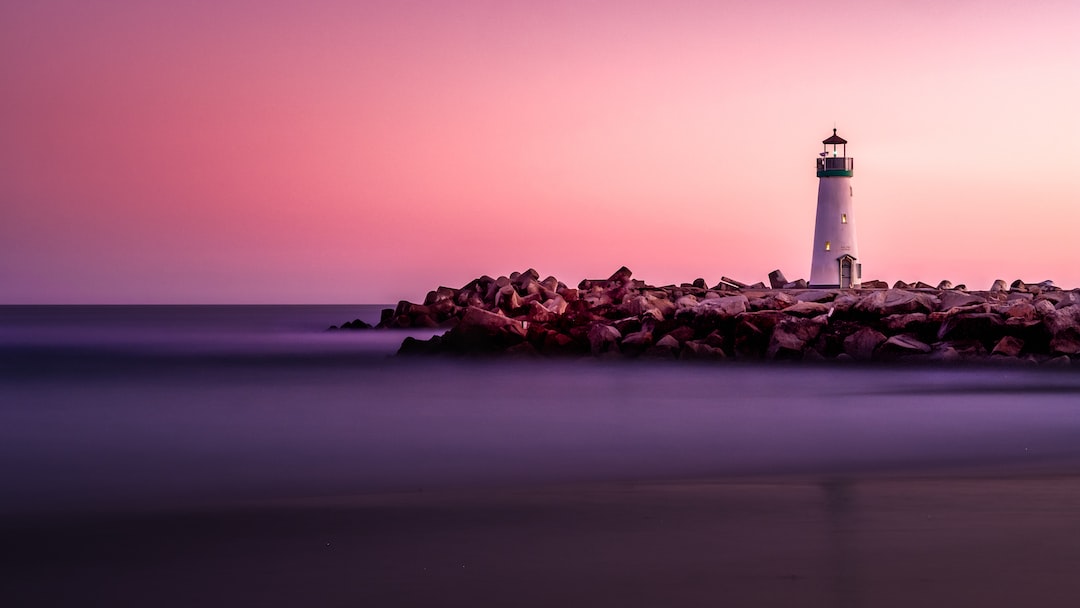 Photo by Everaldo Coelho on Unsplash

This is a brief informal essay regarding Virginia Woolf's famous novel "To the Lighthouse". A brief summary of the story as well as some interpretation of the meanings of this novel. Instead of feminism, this novel is depicting a search for the meaning of life.