Favorite Quote:
"We have to be continually jumping off cliffs and developing our wings on the way down." Kurt Vonnegut

Sunday mornings with
You, my dear, are a thousand
Cups of good coffee. 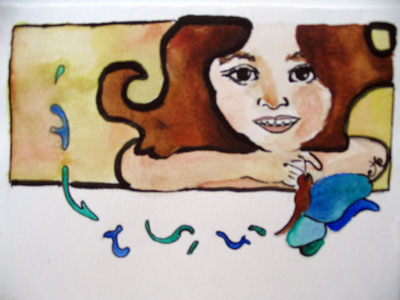 This article has 302 comments.

great job with this piece it has a lot of detail without a lot of words.

but yet we exist as two

no matter how much we disagree

we have to coexist you see

Favorite Quote:
you don't have to keep me falling, but it'd sure be cool if you did.

Favorite Quote:
you don't have to keep me falling, but it'd sure be cool if you did.

View profile
i dont like that sunshine12 put such harsh feedback. ive gotten lots of that before and it only makes you stop writing for weeks it took me a long time to start writing again; even longer to share with others, i was afraid others would read it and scoff like the other haters out there; if you dont like it; keep your mouth closed because other people do.
CarrieAnne11 GOLD said...
on Mar. 14 2011 at 8:47 pm
CarrieAnne11 GOLD, Potsdam, New York
11 articles 0 photos 22 comments
View profile
I love this poem. So simple, which is what makes it amazing. And it's about coffee- one of my favorite things, and something timeless and relatable. Nice job :)
TJRoeds BRONZE said...
on Mar. 14 2011 at 8:12 pm
TJRoeds BRONZE, Albany, Ohio
3 articles 0 photos 7 comments
View profile

Nice use of a simple thing that many people enjoy, coffee.  While it is an acquired taste, I think everyone can realize the meaning behind it, even if they aren't particularly fond of the taste themselves.

:) look forward to more of your works

In case you were unclear.

While this is a poem, it is also a haiku.

Favorite Quote:
"I want to feel my life while I'm in it"- Meryl Streep
"Live, Life Love"
"Everybody wants happiness, nobody wants pain, but you can't have a rainbow without a little rain."

Favorite Quote:
"If you're sad, go buy yourself a happy meal and play with some kittens."

View profile
I looove this haiku! Haiku's are my favorite form of poetry...this is beautiful because it's simple.
PaRaNoRmAl627 GOLD said...
on Feb. 20 2011 at 10:06 pm
PaRaNoRmAl627 GOLD, Mountainside, New Jersey
15 articles 0 photos 296 comments