The Prince's Ball: A Chaucer Imitation.

Favorite Quote:
We don't see things as they are, we see them as we are. - Anais Nin

Once upon a time, and far far away,

In fact it was this very day,I dare say,

On a trek to the most charming of prince’s ball.

Harsh on tongue, but easy on the eyes,

So the most charming of princes shall his title be,

So charming he kept dear Cinderella out until three.

And what were they doing? No one knows exactly, but

With a skip in his step and a swagger-like strut

And a singular swift wink of his cerulean eye

He can get a lady to do things a wench would never try.

But all is well and all is good, each princess does things a princess never should.

Beneath the satin and silk of a virginal dress

A princess might sport a garter; Whoever could guess?

But on this bright, bird-chirping, sunny day

All these fine travelers heed a facade of innocence in every way.

“Ah! What a night this shall be,” all the lovelies thought.

It was the uglies who were feeling sickeningly distraught .

“Will I step on his toes? Should I drink some more booze? Should I leave on the staircase a pair of glass shoes?”

Whenall of the stars all twinkle and shine

On this evening it is possible to be briefly blind

To the dangers and deceptions, receptions of coquettish looks,

do watch who you join in those dark, hidden nooks,

Of the strangely over- gilded grand entrance hall

Down the great grand staircase at Charming’s Grand Ball.

So on they shall travel, through day, dusk and night.

They will make it, it is certain, but there may be a fight

As these travelers travel on the occasional way.

It was dear Cinderella, of low birth she was bred

And lived a life cleaning up cinders for her bread,

What she let on of their past was somewhat alarming…

In her room flew a fairy of shocking girth.

“Your tears summoned me,” the fairy sing-songily said.

She was a tad crazy, not quite right in the head.

She knew how to sew, and she was rather clever.

Well, innovative, rather, would be the word;

Cinderella rode in a pumpkin for God’s sake! Though I’m sure you have heard.

Upon arriving at the ball, she glided into the room.

The Most Charming of Princes was awestruck, we can assume.

For she wore a gown of shimmering, sparkling scarlet

And in a classy manner, ever so slightly resembled a harlot.

In not even ten minutes, the prince sprinted to take her hand

And proceeded to lead her down the staircase so grand.

To the dance floor? No; it was not how one would predict.

The prince was like this, ready with a flower and a trick

Stuffed up both right and left sleeves of his velour overcoat.

He led her outside, down the walk by the moat.

He said her hair shone like starlight, her voice pure bliss,

Then he bent for a kiss, and we all know did not stop at this.

So long story short, and every sensible girl knows

That when you’re with a prince as charming as he, you stay on your toes.

Though sweet and so kind and gentle and such,

Lovely Cindy became famous that night of the ball;

She left not only her glass slippers, but her gown: under-slip and all.

The Beauty, Belle, tried to remedy the awkward mood, ranting

Of Philosophy and poetry, science and math

And Chaucer’s tale told by The Wife of Bath.

This beauty totes around a red rose in a case of glass.

But why? All are too timid to ask.

For her cream-white nose is always buried in a book,

Except for the rare, contemptuous look.

She is not snob, nor brat, nor concede;

She is merely infatuated with texts; she loves to read.

Belle is going along on this journey to meet the host of the ball.

He wrote an auto-biography last year, Living In the Gilded Hall.

Belle is not hoping for a kiss, or even a dance tonight.

She only wants the most charming of prince’s to write

His impossible name on just the cover of her book, at least.

She does not want to marry him; she is in love with a Beast.

A peculiar choice, plummeting into a different league, I might add,

But he cooks a mean steak and is a fan of The Illiad.

Belle is oh so quiet, stares out the window, enjoys the journey,

Reads Hemmingway, her favorite, whom she refers to as “Ernie.”

Like one of the Beauty’s favorite philosophers once said,

It is best to be yourself, whether alive or dead.

These two sisters live by a rule-book the antithesis of that,

They own every mask and wear a series of hats.

At weddings they’re “family”, in town they are “new”,

They once even were “hunters from Hullabaloo.”

But, inside the carriage and onto the ballroom floor,

They shall be “Princesses Maybel and Flora Delacour.”

As it is said, beauty is truly only skin deep,

And with these two, what is under the surface upward does seep.

Their warts derived from hatred of everything in sight.

Their mangled teeth derived from pleasure of inducing fright.

On their feet are mountainous bunions, but on ball’s eve they will say,

Are from practicing in Pointe shoes day after day.

What is their frizzy headed hair from? Are you dull as lead?

Of course! From balancing books on their princess-like heads.

They tell the other voyagers that for Charming, they are the only choices.

What a poor, poor man a man would be on the day

That these two unfortunate sisters would be his only choice.

If in his shoes, to the sight of a bullet or noose I would rejoice.

On one side of the carriage perched Cinderella and silent Belle

The other was jammed with the remaining three, uncomfortable, you could tell.

The Sisters blabbed unattractively to one another, unending.

Their bench mate, Princess Aurora, was really not worth befriending.

You would know Aurora as the “Sleeping Beauty, the one who’s rather dim.”

They call her Sleeping Beauty for not reasons you’ve heard before.

Disney has the story wrong; it is because she is a bore.

It is the words she says and way she says that induce the snooze.

And the fact that she has taken up sewing to amuse

Herself in her free time, but for a hobby it is not wise.

When Aurora pricks her finger she feels weight upon her eyes,

She dozes off and does not wake up for a day or two,

And by that time everybody surrounding her is new.

So, if she were to pick up in the story where she’d last left off

Her audience would be confused and comment with a slight scoff,

“ Aurora you are boring, you can never finish a story

or start one off the proper way!” It really makes me worry

that she will never tell a story or finish the gloves for her fingers so nimble.

Though it seems so painfully obvious, someone should recommend to her a thimble.

He is the cause of all of this turmoil; He’s the man of the hour.

He starts his day off with an Aqua Velva shower.

This obsolete scent is one of acquired taste,

In the intentions of his, you all very well know,

So he douses himself, as part of his show.

Each and every year, since he was incredibly small

His parents bestow to him the honor of hosting the Grand Ball.

The year he turned three, he received hugs from all the Misses,

At age ten, from every maiden, cheek-planted kisses.

By the age of fifteen he knew just the way

To get the one he wanted past midnight to stay.

On his sweet sixteen, with a certain lady he did prevail,

He coaxed out of the maid her innocence, but we pre-discussed that tale.

When accused of flirtatiousness, and leading-on crimes

“I cannot help it!” he exclaims, “ I do not create the designs

for whom on this earth shall be beautiful and blessed

with ebony, waved hair and chiseled abdomens and chest!”

And what the most charming of prince’s says is true,

All are so attracted to him, both I and you.

And all long to stroke his beautiful ink-black hair.

He strums the guitar like rushing water, so smooth

That his vocal chords and guitar strings will forever drone.

Down to every little stitch and every teensy seam.

He is a man’s man, and a lady’s ultimate wish.

For his love, they would travel by foot from Bangladesh.

The three princesses and two imposters, for his love they do strive.

The carriage wheels slice the ground on the way to Charming’s Ball. 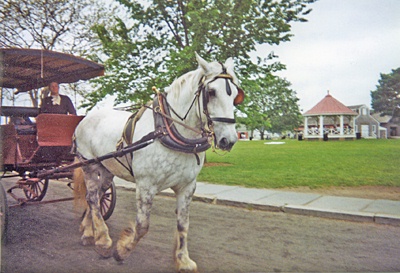 The author's comments:
This piece was written as an imitation of William Chaucer's "Canterbury Tales" and based off of the stories of the famous Disney princesses'.
Post a comment
Submit your own