Ray Bradbury’s Fahrenheit 451, set in a technologically advanced but dystopian metropolis in the future, recounts the story of Guy Montag, a fireman whose job is to burn books that are banned by the government. After Montag’s encounter with an individualist girl named Clarisse McClellan and a woman who lit herself on fire with her books, he starts to question the ideologies of his society, initiating his journey to achieve individualism through the secret collection and reading of books. This desire for individuality has the government, his job, and his boss, Captain Beatty turn on him, making him an outcast of society, losing his job, wife, and home. Throughout the story Fahrenheit 451, Ray Bradbury communicates the idea that in a world where conformity is promoted, those who express individualism are ostracized by society.

One way in which Bradbury delivers the message that individualist people are excluded from a conformist society is via Captain Beatty when he describes Clarisse. Midway through the story, the fireman protagonist, Montag, is visited by his boss Captain Beatty after he suspects Montag is hiding something. After Montag expresses his doubts about society’s beliefs, Beatty tells the history of how and why individuality was lost in their society, attempting to prevent Montag from thinking against societal views. During the conversation, Montag brings up Clarisse McClellan, a unique individualist girl he meets and exchanges conversations with every other morning before she dies from a car accident. When Montag asks why Clarisse stood out from others, Beatty replies with knowledge of Clarisse’s record and explains how “‘...she didn’t want to know how a thing was done, but why. That can be embarrassing. You ask why to a lot of things and you wind up very unhappy indeed, if you keep at it. The poor girl’s better off dead’” (60). When Beatty describes Clarisse, Bradbury uses the phrase “she didn’t want to know how a thing was done, but why,” to highlight Clarisse’s individuality from the surrounding conformists. Her standing out, however, ends up with people in their society, like Captain Beatty, seeing her as “embarrassing”, “unhappy” and a “poor girl,” who is “better off dead,” reflecting society’s heartless and inhuman views on individualists like her. In other words, Clarisse’s individuality is not praised by society but is rather shamed, with her tragic death being viewed as a deserved one.

Another way in which Bradbury conveys the idea that in a conformist society, individualist people are ridiculed and shut out is through the words of Captain Beatty when he taunts Montag in front of his burning home. Near the end of the story, Montag is visited by the friends of his wife, Mildred. While Montag tries to exchange conversations about the upcoming war, he is met with Mildred’s friends making cruel comments about their family and politics. With frustration, Montag takes out a book that he is forbidden to own and decides to quote a despairing poem out loud to them, leading to him being reported to the fire station and his house lit on fire by Captain Beatty. While Montag’s house is burning, Captain Beatty mocks Montag, saying how  “‘...it was pretty silly, quoting poetry around free and easy like that. It was the act of a silly damn snob. Give a man a few lines of verse and he thinks he’s the Lord of all Creation. [He thinks he] can walk on water with [his] books. Well, the world can get by just fine without them’” (118). In this passage. Bradbury uses the phrase “'it was the act of a silly damn snob” to show how Beatty is ridiculing Montag for his decision to secretly collect and read books to achieve individuality. This desire for individuality has Beatty and society thinking Montag is acting as if he is “the Lord of all Creation,” and can “walk on water,” with neither respect nor empathy for him, viewing books as having no value where “the world can get by just fine without them.” Hence, Montag’s attempt to become a free-thinking individualist like Clarisse ultimately leaves him to be an outcast of society with a home burnt into ashes alongside humiliation and embarrassment.

To summarize, throughout Fahrenheit 451 by Ray Bradbury, the author transmits the fact that those who depict individualist characteristics and behaviors in a world that encourages conformity are excluded from society. Bradbury has shown that the society in his story does not want those like Clarisse and Montag. Society mocks them with no sympathy, despite Clarisse being dead and Montag having lost his home. While they desire everyone to conform and have the same opinion, it is only when there is individualist thinking that society can advance. These individuals become the ones who criticize current issues and help come up with solutions to make the world a better place. Bradbury is ultimately trying to prevent the events of Fahrenheit 451 from happening in our real world, showing the power of individualism through Montag and Clarisse. These two characters have shown how every human is different, and that it is the reason we have developed into an advanced species, being able to adapt and improve using new ideas from those who think freely. 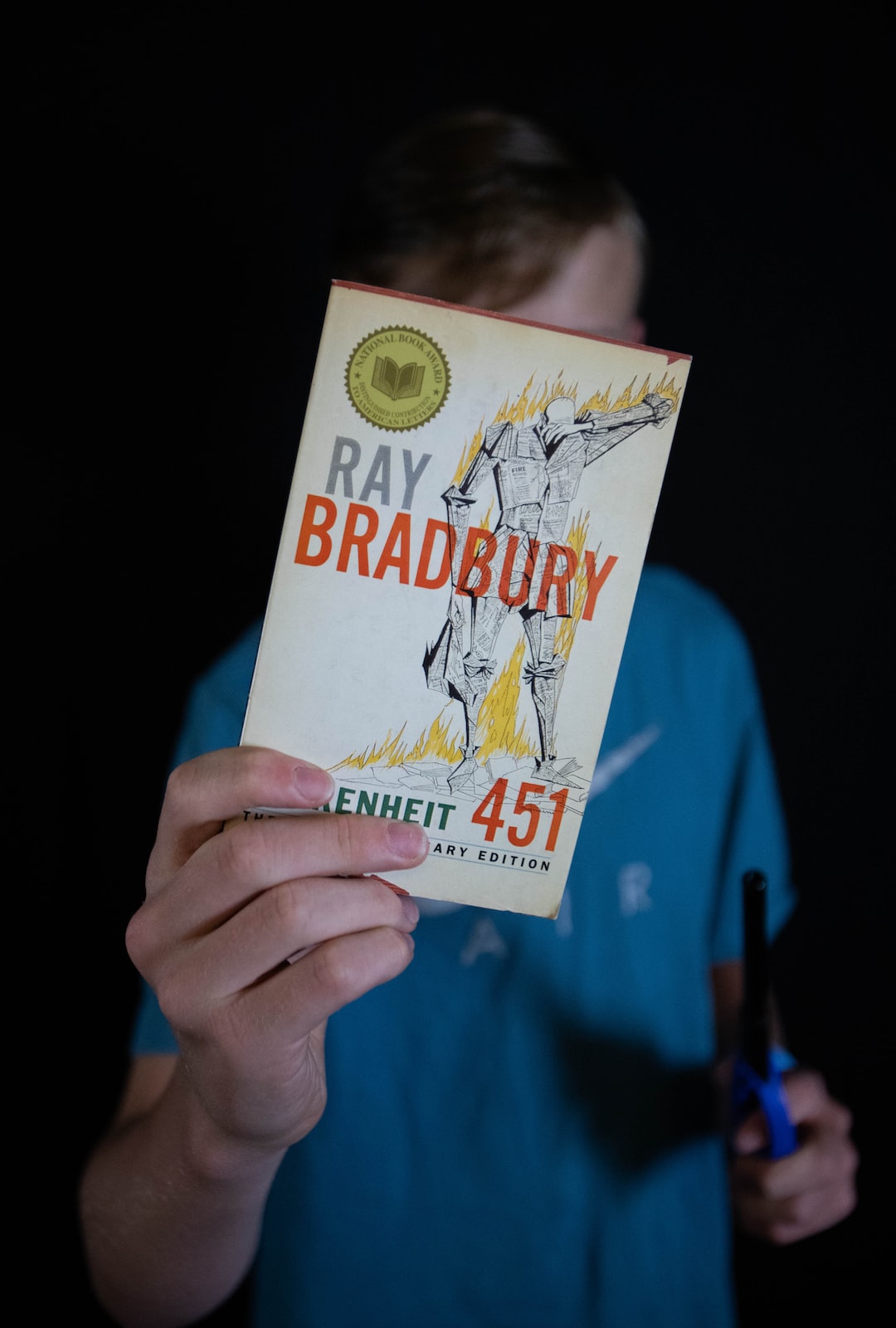 Photo by Will Porada on Unsplash