Mental health, it's not something unheard of or new. My generation and many others have dealt with it and are still dealing with it. Over the years mental health has worsened and has affected many younger kids. “Having another disorder is most common in children with depression: about 3 in 4 children aged 3-17 years with depression also have anxiety (73.8%) and almost 1 in 2 have behavior problems (47.2%).” This big problem that is affecting our society has people feeling misunderstood, no support from the government, and alone.

Society can say that people who deal with a mental illness are treated the same and equal as any other human. Truth is that it is a lie. There is a stigma behind mental illness. People are discriminated against for an illness that they didn't choose to have or want. They are seen as incopeten, unreliable, and dangerous. Society goes as far as not to hire or even rent to those who suffered or are suffering from mental health due to its stigma.The government doest help either because they tend to lower funding for mental illness research or have fewer mental health services relative to other health care.

The stigma and discrimination people recieve is due to misunderstanding and the governments fail to educate people. There has been no progress or change because of the government and private organizations that intentionally or unintentionally limit opportunities for people with mental illness. “People with mental illness are marginalized and discriminated against in various ways, but understanding what that looks like and how to address and eradicate it can help.” Which is why I think we need a more democratic society. The reason why is because like that we are more included in government plans. We can help guide and teach what our society really needs. We can also provide insight into what struggles each group of people deal with. We need a more diverse group of people who will represent us equally and understand us.

The month of May is mental health awareness. It is a month to educate and provide tips for those who deal with mental illnesses but it's also for those who don't. Mental health doesn't just affect those who have illnesses. It affects the people around as well. That's why it's important to know the signs and how to deal with them. Never judge and just try to understand. Let's get rid of that stigma on mental health. “Research shows that knowing or having contact with someone with mental illness is one of the best ways to reduce stigma.” We have to stop discrimination and hear others unlike our past generation. It's time for our generation to change the world for the better. 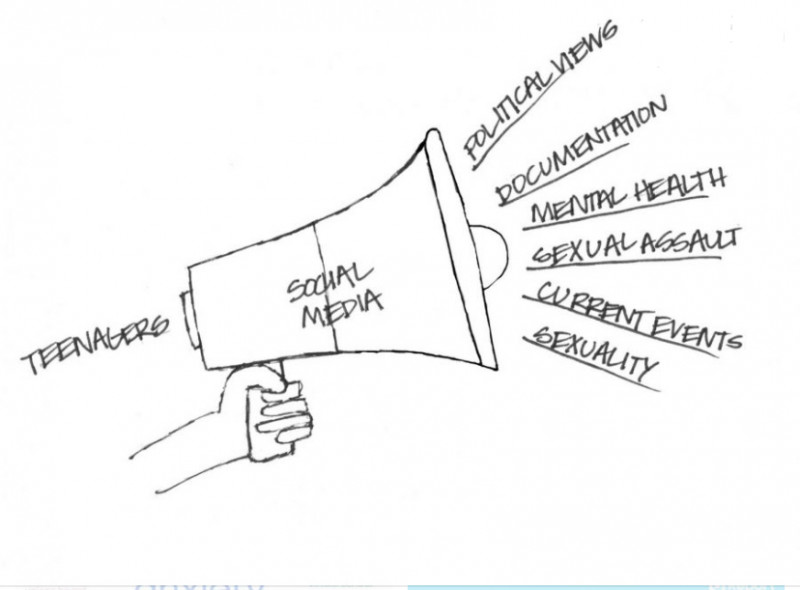 This project was difficult. It was difficult finding a subject and writing about it. There are so many things going on in the world. Just as many are affecting the world there are many affecting us teenagers. I choose to write about mental health because it's a huge problem in our world. It affects the daily lives of so many people. In my family my mom and I deal with it. It's very difficult how it makes you feel and the way it makes you view things. Voicing out our problems is the only way to teach others what we're goin through but it also shows that people are not alone. Millions are going through the same. Best is to take everything one step at a time. English isn't my best but I hope to share my thoughts about a problem to show it's normal to struggle but to get help.