The Downfall of Dress Coding

Dress codes are more inappropriate than any article of clothing one can wear--strapless dresses, turtlenecks, distressed jeans, knee-length skirt--anything. Imagine coming to school, a place you must go five days a week for seven hours, wearing an outfit that shows a sliver of skin. Perhaps it is a part of your thigh or maybe even your shoulder. Then an adult, who is not your parent, informs you that what you are wearing is inappropriate and unprofessional. You are wearing ripped jeans or a tank top. The prior confidence, happiness, or even just contentedness is now replaced with frustration and insecurity. Dress codes do not create a safer environment for students, but rather an environment that forms limitations and promotes fear. Dress codes are the basis of sexism in schools nationwide.

School dress codes oversexualize teenage girls. When a 17-year-old student in Florida showed up to school without a bra, due to a major sunburn, she was forced to wear two shirts and “go to the nurse’s office for Band-aids which she could use to cover her nipples” (TODAY). When a minor is given a detention for not wearing a bra, the only problem in the situation is hyper-sexualization. Bras were not invented until 1889 and not modernized until the 1930s. If women in the early 1900s didn’t wear bras, then why must a teenager girl in 2019? Not wearing a bra is natural and nothing new to society, so why do high school administrators feel the need to force girls to wear bras, regulating their bodies? Scenarios such as these are uncomfortable and humiliating to female students and completely inappropriate for a practical stranger to comment upon.

In Reavis High School’s handbook, it states “no clothing considered to be revealing will be allowed on males or females”, but the rules that follow honestly target girls specifically, even if not stated explicitly. Five out of the eight regulations listed are targeted directly towards female students. TODAY surveyed nearly 17,000 people on school dress codes and the confusion behind them, finding that 94% of parents (of teenage girls) and 85% of general respondents believe there is not a clear standard on the enforcement and regulations behind dress codes. Why is there this disproportionate target towards female students? It’s a common theme amongst high schools across the United States. According to Education Week, “53 percent of public schools enforced a strict dress code during the 2015-16 school year.” Administrators claim that these strict regulations are put into place for pieces that are considered to be distracting and/or unprofessional attire, but the validity of this argument must be questioned.

When girl’s clothing is labeled as “distracting” it puts a burden onto female students. Blaming girls for how their clothing fits their bodies takes the blame and disappointment away from the boys who are distracted by it. When acting as if a boy’s crude reactions to an article of clothing is “natural”, it proposes that girls’ bodies and clothing are not. This does nothing but negatively affect female students’ education. Girls are left missing class and unable to receive the same lesson as their peers from that day. At Reavis High School, after a student’s first dress code violation, their punishment may be “possible TMP”. Sitting in a nearly isolated room for an entire day does not help anyone and strips students of proper education.

Senior Robert Tunney states, “showing shoulders has no effect and should have no effect on how a boy works, focuses and thinks while in class.” Not only are students forced to miss class for being oversexualized by another individual, but they are often made to change into other clothes, if even possible. Students who are dress coded are typically told to wear their gym uniforms. No student wants to sit in their gym shirt, worn for physical activity, for an entire school day. This would just create discomfort for that individual furthering distraction away from their education. With all of this, there is a depletion in the mental health of female adolescents.

Dress codes propose an idea of a lack of trust. If one cannot trust their superiors, then fear will undoubtedly arise. When students are constantly fearful and uncomfortable in an environment in which they spend the majority of their time, anxiety will become present. Constant anxiety is not healthy for anyone, especially those in high school still developing skills to cope with emotional instabilities. On top of these anxieties, dress codes build upon insecurities. By telling a girl what she can or cannot wear on her body, then she will begin to feel as if her body is invalid and should not be seen. This erases the history of female empowerment in itself. Every human being with emotions can understand what the worst emotions to experience consist of: shame, frustration, and embarrassment. So why are schools enforcing these emotions with their students? We live in a body-shaming culture and schools are not helping to decrease the mental health and body image statistics.

One recurring argument behind the enforcement of dress codes is that schools are a professional environment, thus students must dress the part. Schools are not a business office, never have been and never will be, so why should we dress as such? Students can arrive to school in sweatpants and a sweatshirt, so where is the professionalism? Who is to say an off-the-shoulder top is unprofessional when that is a commonly worn piece in daily life? How is a simple top less professional than sweatpants or sleepwear? The fashion industry, an industry with a 4% market share and a market value of 406 billion dollars, does not abide by the status-quo business-casual ideologies. This is a major professional industry that promotes body positivity and the ability to dress freely. Professionalism has a variety of meanings and utilizing only one to support a dress code’s validity just invalidates it in itself.

Dress codes are a liability in terms of protecting students’ safety and education. Dress codes do greater harm than good. Obviously students should not show up to school baring all or in their pool-side attire, but a stranger determining what is appropriate for a minor to wear is nothing less than inappropriate. 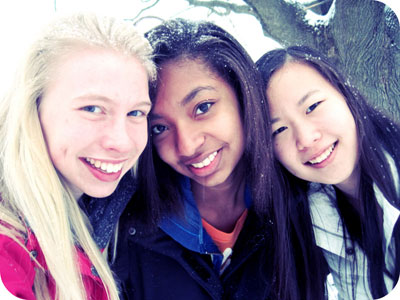 This piece is written as a result of my experience as a female high school student. As I have been dress coded by adults within my school, I know the feeling of frustration and embarrassment that many other girls also feel. Dress codes have provided an unsafe environment for female students.