The Force Is Strong With This Trailer | Teen Ink

The Force Is Strong With This Trailer

How does a movie become famous? In order for a movie to become famous, lots of people need to go see it. This leads to the point that people have to know about the movie before they go see it, making the trailers for movies extremely important. Anyone who has not yet seen the Star Wars The Force Awakens trailer 3, done by J.J. Abrams should find it and watch it because of the characters present, the curiosity it sparks and how well it relates to the original.


First, all those who haven’t seen the trailer need to because of the excitement that comes from the build up in action. The trailer starts with a shot of the main character wearing a mask. It then shows a couple scenes of her climbing, followed by a large shot of her sliding down a rope to the floor of what looks like the hanger of an old abandoned star destroyer. Then you see her walking in the desert alongside a small droid, a few scenes later you get a view of the First Order. All of these scenes in the first half of the trailer are somewhat slow and the music is soft and quiet, it gives you a sort of epic feel if you are a fan of previous Star Wars films. As the trailer progresses, the music and action picks up and you see the main villain with his hand in front of a man’s face. He yells, then there’s an explosion, and then it flashes to Tie Fighters chasing the Millennium Falcon. Finally, you see Kylo Ren and Finn, with their lightsabers drawn, ready to fight, then the trailer blacks out to the big iconic Star Wars title. This half of the trailer shows the action pick up and excites the viewers. It provides the information to the viewer regarding the release of the movie. The build up in the trailer makes it very interesting and exciting, anyone who hasn’t seen it should as soon as possible.


Also, those who haven’t seen it should because it will leave you with curiosity to know what might happen in the movie. If the trailer doesn’t make you curious enough to see the movie then why make the trailer? In the trailer, the hero, Rey, says, “There were stories about what happened” Han solo replies, “It’s true, all of it.” You can guess that the stories she is referring to are stories of what happened in the old movies, but it leaves you wondering, have people forgotten about what happened? Has what happened in the old movies become only mythical stories in the time the new movie takes place? Also, in the trailer you see the main villain, Kylo Ren, who says, “I will finish what you started,” as he is looking at Darth Vader’s old helmet. This leads you to wonder, where did this new villain come from and what are his motives. This scene in the trailer gives you more to think about and makes you want more. Those who haven’t seen the Star Wars trailer should because of the questions that the trailer gives you.


Lastly, in a trailer for an extremely famous movie like Star Wars, people want it to make them remember the old movies and that is exactly why those who haven't seen the trailer should go watch it now. The trailer uses a variety of things to give the audience the same feeling that the originals gave the viewers.  The trailer includes the same music track as the first films to set the mood, as well as using minimal amounts of CGI.  By using the original actors and lightsabers it shows its similarities to the originals. These pieces of the trailer remind the audience of the well liked original movies and make them excited at the thought of seeing more to the story of Star Wars. Those who haven’t seen the trailer need to because of how well the fame of Star Wars and reminiscence of old movies were used to excite the viewer.


In the end, Star Wars The Force Awakens trailer 3 is an amazing trailer and all those who haven’t seen it should and  are otherwise, missing out. First, it started slow and quiet, then sped up until it was an action filled trailer. Second, it included well known actors who previously starred in the original Star Wars Trilogy. Also, after watching it, you have a few questions that leave you wondering what might happen. Finally, the trailer is reminiscent of the original movies. Without such a good movie trailer people might be less enthusiastic about the making of a new Star Wars. Be sure to watch Star Wars The Force Awakens trailer 3, and you will be ready and excited for the new Movie. 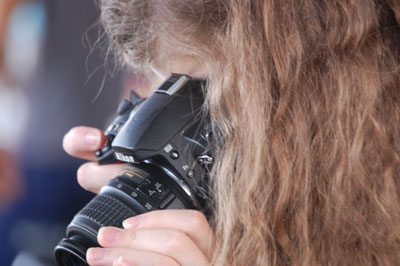