My Sister Loves War Movies and So Do I | Teen Ink

My Sister Loves War Movies and So Do I

It’s true. My sister loves war movies and so do I. Chances are, so do you.

A few at the top of our list include Harry Potter, Star Wars, Lord of the Rings, the Avengers, Narnia, as well as Pirates of the Caribbean. Not to mention the Hunger Games, the Mortal Instruments, the Divergent series, and the Maze Runner.

Wait right there, you might be thinking. My little brother watches all of those. And they’re not even rated R!

But I hold my ground. War movies aren’t necessarily limited to movies about World War I or World War II, which, though are equally important, lie within a mere slice of the violence-spewing genre. So what on earth makes Jack Sparrow a war hero? (Nothing. He’s always at sea.)

It all starts with violence. Believe it or not, all the movies listed before spill blood. The Hunger Games, Divergent, and other dystopian dramas are obvious, but Harry Potter? I mean, J.K. Rowling, author, is internationally acclaimed for an exceptionally well-developed universe, not the roaring gunfire of Bloodywood. When in reality HP has plenty of gore: Harry is physically, even mortally, wounded in Bk 2; Cedric is actually murdered in Bk 4; Hermione is tortured extensively by Bellatrix in Bk 7. Not to mention the non-materialistic horror of the Dementors. And what really hits the tipping point is the inevitable Big Battle.

All war movies have it: whether with arrows, swords, wands, or Orcs, ultimate sacrifices are made on the battlefield. And in all these war movies, someone has to die. (Why they insist on always popping back to life is a whole other issue.) And here’s the jinx: no matter how much caustic wordplay ups the ante, it’s always the chop chop of someone’s head, the bam bam of enemy fire, or the ouchie ouch of rightful murder that resolves a fictional universe.

It’s epic, it’s exciting. But what effect does it have on an ever de-aging audience? Not only de-sensitizing diehard youths to violence, it also changes the meaning of blood and guts in real life.

Great, you could say. The real world isn’t nearly as pretty as we want it to be, and the sooner our kids accept that, the better. But the truth is, (and I paraphrase a Ted Talk here) there is no world: there are only the views of 7 billion people and how they see it. Oh, and a little scenery. Our next generations’ views are being drastically shaped by the heroes they see at home, on TV, on the DVR. And this message of resolving any conflict with righteous violence is shoved in their face. It’s shoved in our faces too. And it’s burned in our brains as we consume these war movies year after year, these blockbuster franchises behind alternate storylines, often these “kids movies” we know and adore.

My sister loves war movies and so do I. But that may not be a good thing. 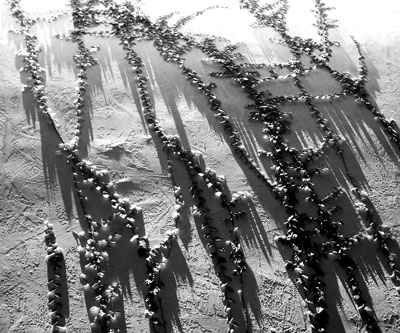 SomeoneMagical PLATINUM said...
on Jul. 28 2015 at 6:59 pm
SomeoneMagical PLATINUM, Durham, New Hampshire
22 articles 1 photo 259 comments
View profile
I happen to agree, with you at some level. Opinions are great to express, not only when they have to do with movies but also with other stuff. That's why TeenInk has a section with them. Great job, love all your work, you're the best:)