Who would give a law to lovers? ~Boethius | Teen Ink

Who would give a law to lovers? ~Boethius

Favorite Quote:
"Maybe we should develop a Crayola bomb as our next secret weapon. A happiness weapon. A beauty bomb. And every time a crisis developed, we would launch one. It would explode high in the air - explode softly - and send thousands, millions, of little parachutes into the air. Floating down to earth - boxes of Crayolas. And we wouldn't go cheap, either - not little boxes of eight. Boxes of sixty-four, with the sharpener built right in. With silver and gold and copper, magenta and peach and lime, amber and umber and all the rest. And people would smile and get a little funny look on their faces and cover the world with imagination."
~Robert Fulghum

“What is love?” Haddaway asked over and over. Love can be defined as the bond between a mother and child, a sexual attraction, or a warm attachment or devotion to something. I personally believe that the meaning of love has been warped from the beginning of time to this very day. The direction of this change, be it positive or negative, is a matter of opinion. Having attended a Catholic school (oops, my bad), I am fully aware that God is said to have created everything, and on the seventh day He created man from the dust of the earth. But man could not thrive by himself, whether Adam knew this or not, God knew a companion was necessary. So from Adam’s rib, Eve was created. Ah, the first couple. Then they fell to sin and it all went downhill from there. Although I may not necessarily believe or agree with this theory, it is relevant to the point I am trying to make.

Now, many of us know the symptoms. There are the butterflies in the stomach, the warmth behind our cheeks, and the combination of nerves and excitement that make us unable to stand still or form a coherent sentence. Is this what people mistake for true love? Here’s my theory, prepare yourself: In middle school, high school, and sometimes college and beyond, people experience what I like to call “puppy love”. They meet someone they enjoy being with, experience the symptoms listed above, and mistakenly label this relationship “love”. Puppy love leads to secondary stages known as infatuation and lust. Infatuation is a sort of obsessive phase. The couple seems to get a high off of one another and it is defined by Webster as “a foolish or extravagant love or admiration.” That’s exactly what it is: foolish. This is even more commonly confused with love, especially by younger generations. When they get all googly-eyed towards one another, that is not love. That is the excitement due to the fact that they get to tell their friends they have a “boyfriend”. Lust is different than either of these. Lust is the desire for the more physical intimacy that comes with a relationship. Sometimes lust is loveless, and just for fun, or satisfaction. As frequently as it may be disguised as such, that is not love.
So I have rambled endlessly about what true love is not, and have yet to touch upon what it is. True love is for better or for worst, through rich or through poor, till death do us part. Love is an unbreakable bond between two people that lasts through all storms. If a couple gets to celebrate a 50th Anniversary, I believe that is love. Love is when 50 years after the wedding, the couple can look at each other with the same twinkle in their eyes as they had on their first date. It’s a rarity nowadays, but I believe it is still possible.

But what I want to know is why does it matter who one falls in love with? What if a man experiences that magnetic bond with another man? How is that wrong? The common argument is “God created Adam and Eve, not Adam and Steve,” but God also created everyone and everything on this planet, and then some. So did God not create homosexuals as well? I watched a Family Guy episode that was based on the hilarity that the gay marriage controversy has caused. A gay man went to a doctor and when his blood was drawn, it was toxic waste, then he turned into some sort of alien and ate the doctor. Now, I can take a joke, but it’s scary to think that is the ludicrous image that society has conjured. Do we as Americans really have that hard of a time accepting those who are different? We have dealt with witch trials, Women’s suffrage, the Civil Rights Movement, and now, after over 300 years have passed; human equality has still yet to be achieved.

I recently went to Salem, Massachusetts where the dastardly Witch Trials occurred. 19 people were hanged and 1 was pressed, because they were different. It is unknown whether any of these people practiced witchcraft or not but something about them was so excruciatingly intolerable, they had to be killed. Have we not opened our eyes to realize that people are different? It does not make them any less human. America is supposed to be about diversity, religious tolerance, and acceptance. Immigrants flee from their home countries to come here so they can live peacefully. That is a good title to have! And yet we continue to disgrace it.

The Church believes that God made man and woman to procreate and keep His creation alive. No, homosexuals cannot procreate, but there are other options for them to have a child, one of which is adoption. Consider all of the children in orphanages across America. I would be willing to argue that they would be just as happy with homosexual parents, than none at all. I have also heard that because homosexual couples cannot pro-create, they are just in a relationship for the pleasure, or lust, as I discussed earlier. How can that be judged? No scientist has invented a Lust-O-Meter to measure one’s intentions in a relationship. In fact, pro-lifeaction.org states that a total of 1.3 million abortions are performed each year in the United States, so please, prove to me that these relationships were not based on lust. Did they “accidentally” have sex and “accidentally” get pregnant? Abortions would not even be an issue within a homosexual couple.

Just because a human loves another of the same gender does not mean they are any less of a person. They think, feel, breath, laugh, cry, they are equals, not sinners! The Vote Yes on 1 campaign argues that homosexuals are not losing any rights they have now; they just want to “preserve traditional marriage”. The rights they have now, Civil Unions, are legal in a small handful of states, but the rights that come with these unions are less than those of a marriage, and are only statewide. If a couple is married in one state, and moves to another, they are still recognized as a married couple. However, if the couple is civilly united, it is not recognized anywhere but the state in which it took place. Joint-tax returns and eligibility for tax breaks do not apply within a civil union. Thus taking away equal rights.


“As mentioned the divorce rate according to National Vital Statistics Report was 3.6 divorces per 1000 persons, however no one mentioned the amount of marriages per 1000 persons, which is 7.3... So in response to the original question to answer is (3.6/7.3) 49.3% of marriages end in divorce. However according to the site the divorce rate excludes these states: California, Georgia, Hawaii, Indiana, Louisiana and Minnesota. (Which is significant considering I would assume California is the highest divorce state)... So the divorce rate may actually be more than 49.3% and perhaps over 50% but there are no statistics that show all 50 states.”
(http://www.cdc.gov/nchs/data/nvsr/nvsr56/nvsr56_14.pdf)
(http://answers.yahoo.com/question/index?qid=20080413082345AAv5u5S)


In 2007, almost 50% of all marriages in America ended in divorce, and this is only 44 of the states. This is “traditional marriage”. Why aren’t we letting people who truly love one another share this special bond when heterosexual men and women are abusing it every day?
Another argument presented against gay marriage is that it will corrupt our children. Taken straight from the “Vote Yes on 1” website: “If Maine's Question 1 fails, children as young as second graders will be instructed about homosexual marriage. It's already happened in states like Massachusetts, where same-sex marriage has been legalized.” Why is this a bad thing? Look in any history book at all and you will see a chapter on The Civil Rights Movement where African Americans gained equality, you will see a chapter on Women’s Suffrage where they gained equality. So why is learning about how homosexuals gained equality any different? In the future, I hope that after a second grader learns about how homosexual marriage had to be fought for, he comes home to his mothers and says, “Did that really happen?” and his mothers will look at the wedding band on their fingers and nod proudly. 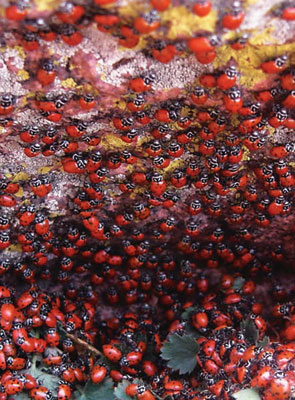 The author's comments:
I'm always very cautious in writing such biased pieces, but I love it. I understand and fully accept the opinion of others, and understand that respect may not always be mutual. However, I feel it is important to make my opinion known so those who agree with me can strengthen theirs, and those who disagree can at least see the other side.
Post a comment
Submit your own

Favorite Quote:
"Maybe we should develop a Crayola bomb as our next secret weapon. A happiness weapon. A beauty bomb. And every time a crisis developed, we would launch one. It would explode high in the air - explode softly - and send thousands, millions, of little parachutes into the air. Floating down to earth - boxes of Crayolas. And we wouldn't go cheap, either - not little boxes of eight. Boxes of sixty-four, with the sharpener built right in. With silver and gold and copper, magenta and peach and lime, amber and umber and all the rest. And people would smile and get a little funny look on their faces and cover the world with imagination."
~Robert Fulghum

I loved your arguement. I mean, aren't we in America? Aren't all men and women created equal?

I loved the ending lines! Hopefully we get there soon. =)

Favorite Quote:
"To risk nothing is to risk everything."

Favorite Quote:
"When you follow you heart, you leave the normal and venture into the unknown. And once you do...you can't go back." ~Unknown