Climate Change: Reality or Not?

Since I was little, I’ve attended climate marches with my parents. But 6-year-old me didn’t think about why we were actually marching. It just seemed like a fun thing to do; scavenging cardboard boxes, then decorating them with little hand-drawn pictures and some words like “Save the Earth,” then standing on the side of the road, grinning at everyone and trying to make them honk at us. Did I actually think about what we were trying to save the earth from?

Possibly. But did I ever think about why it always seemed to be so hot, even in the winter when it was supposed to be cold? No. That has always been normal for me, and the years where it actually did snow at my house I think of to be out of the ordinary.

It is true that it’s natural for the Earth to go through cycles of drought and changing temperature, but who would think that it could be caused by only one species? It’s hard to think of climate change as something real. It’s hard not to think of it being something to save our children and grandchildren from, but instead save ourselves from.

But as my weather station reads higher and higher temperatures, all I can do is sit inside my perfectly air-conditioned house, inevitably only making the problem worse. And so how do we break this seemingly never ending chain? How can we realize that climate change is knocking on our front door and that the wildfire smoke coming through the window is not something to be ignored?

First, we must pinch ourselves. We must wake ourselves up from this dream that we’re trapped in, and start acting before it’s too late. Because it’s not too late yet. We just have to accept that climate change is reality, as much as the air-polluted skies are. And we have to do something about it. 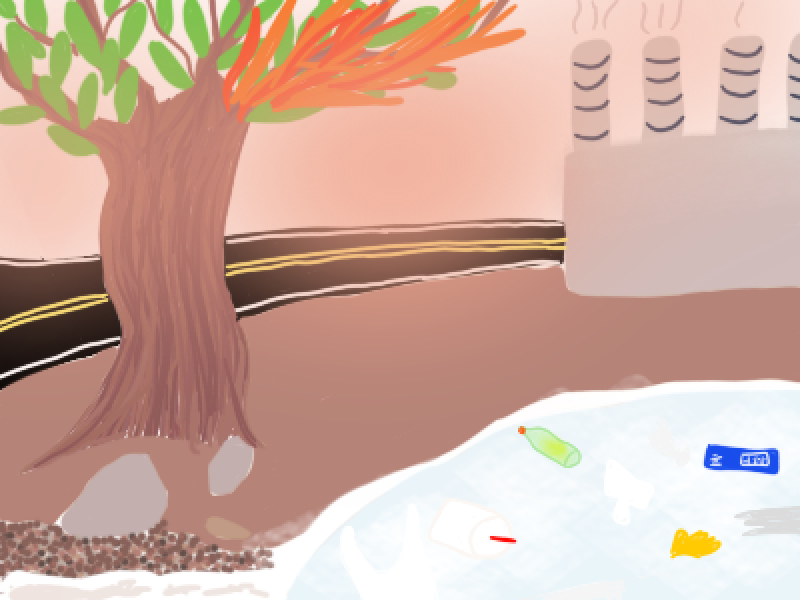 According to the IPCC (Intergovernmental Panel on Climate Change) report that just came out, the average global temperature is expected to reach or exceed 1.5 degrees Celsius in the next 20 years. Sure, crossing the 1.5 degree line won't kill us as a species, but that's the point where "We’ll likely see many natural systems begin to cross dangerous points of no return, triggering lasting changes and transforming life as we know it," according to the Climate Reality Project.

20 years. It seems like a long time considering I'm only a teen, but by then I'll still be younger than my parents are now. By then, I will (hopefully) not even be halfway through my life! So yeah, we really need to step it up.