I often heard about the presidential election on the news. You probably did too, if you expose yourself at all to the sickly sun of the American media. Journalists, reporters, and every other member of the information army practically wet themselves with exultation at the election of the United States’ first African-American president. And so have American citizens. There are still “Obama ’08” signs in yards, on cars, bridges, babies, and anything else that can be decorated with that godly O – his supporters still have that smug smirk glued like a bumper sticker across their faces.

Reading this, you might come to the conclusion that I am a rabid racist and torch-waving conservative, but hear me out! I am not a racist – in fact, I am almost certainly more colorblind than you, Obamanite. Barack Obama is now America’s first black president. You may say “Hooray!” but I say “So what?” You might tout his victory as a sign that racism is dead, and equal opportunity is, if not here, then well on its way. I disagree.

Racism is discrimination. Discrimination is not simply the act of deriding or oppressing a particular race. I believe it is any emphasis of racial differences. If a caucasian sees himself as “white” and identifies with others of his skin tone to form a coalition promoting his race, this is racist. By this logic, pro-black coalitions are racist too. And those who vaunt Obama’s presidency as a victory for African-American people are included.

In my experience, modern society is not discriminatory in its presentation of opportunity. There are black CEOs; there are white hobos; there are ­members of every race in every position. It’s the beauty of America! And yet still some insist on highlighting Obama’s victory as something strange and wonderful. Not only is it an insult to the American spirit to be fascinated by a black president, it’s an insult to those who have fought for this spirit.

The proper response to Obama’s election should have been: “We have a new president. Will he do a good job?” It is foolish to think that just because Obama is black, he will do a good job. Those who share my opinion see Obama not as racial crusader in shining armor, but as a politician whose ­actions must be analyzed logically. In short, the fact that America still ­perceives races as “different” is shameful. In a land of equal opportunity, the best will win – and the best has been chosen. 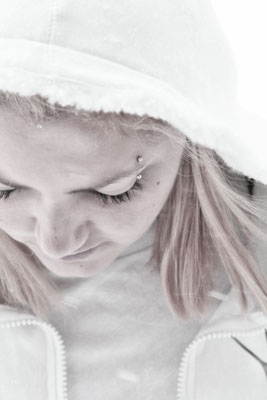 This article has 214 comments.

hannah07070707 BRONZE said...
on Feb. 7 2021 at 6:32 pm
hannah07070707 BRONZE, Dexter, Michigan
2 articles 0 photos 1 comment
View profile
This is very relevant, even more than a decade later. These "firsts" are supposed to mark progress... Obama's victory would be progress, and Kamala Harris's position could be considered progress. I agree, though, that these "firsts" are given way too much attention. Kamala Harris is celebrated much more than any other vp would have been, she is almost as famous as the actual president. I think it is great that she is the first female vp, but I will be more excited after a year or two if I see that the policies of the Biden admin have done good for the country. Most people enjoy flouting first this and first that when it is a candidate they agree with, but ignore the "firsts" when it is a candidate they do not agree with. In this way, identity politics is used as a subjective political tool, and is not really meant to mark societal progress. It is best to just focus on the issues, because that is what any election should be about.
Robert214 GOLD said...
on Jan. 21 2020 at 1:54 am
Robert214 GOLD, Guangzhou, Other
11 articles 0 photos 45 comments

View profile
But assuming that millions of people voted for Obama just because of his race, not because of his policies or qualifications is equally racist. People assume that he won over voters just by "playing the race card," not considering that he did so by being smart, refreshing, and likeable, regardless of his skin tone.
claire1320 BRONZE said...
on Aug. 19 2017 at 10:42 am
claire1320 BRONZE, Geneseo, New York
1 article 0 photos 2 comments

View profile
So it is racist for people to be proud of the progressive accomplishment of electing the first black president? You just assume that he was elected because of his race, and not because of his qualifications, that it was some Affirmative Action plan to give a person of color a gold star. Obama was elected because he was a smart, level-headed candidate with a common-sense plan for the future. Electing a black person as president is not "forming a coalition promoting his race," it is not some exclusive, blacks-only revolution, it is simply a qualified and successful man that just happens to be black
mplo said...
on Feb. 22 2016 at 10:43 am
Me, too. When I watched the Obama-McCain debate on Foreign Policy, and Obama took the exact same positions as McCain regarding U. S. Foreign policy, I knew right away where his Presidential campaign, and, ultimately his presidency, were going. Same thing was true when Obama voted for the FISA Bill, which empowered the U. S. government to expand its ability to impose on people's privacy, and when he promised to "finish the job" that the U. S. started in Afghanistan, which he did.
mplo said...
on Feb. 22 2016 at 10:29 am
Your apology is accepted, ColdPlayForever. Thanks.
ColdplayForever BRONZE said...
on Feb. 21 2016 at 10:49 pm
ColdplayForever BRONZE, San Jose, California
1 article 0 photos 62 comments

View profile
Oh, my bad, I did not mean to sound rude. I apologize.
michaelmaksmyday said...
on Feb. 7 2016 at 6:22 pm
very good positive & productive article. It is extreemly unfortunate however that instead as you correctly put it, "was a victory for all Americans", Barack Hussein Obama a/k/a Barry Soetoro [or whatever his real name in fact is an NO one has been presented with even one scintilla of viable genuine verifiable documentation or proof, which of course oursuant to quite explicit American Law & our constitution, such along with other lawfully mandated documentation & substantiation MUST be both provided, verified, & substantiated by the proper authorities BEFORE anyone & everyone from George Washington on can even be CONSIDERED to be a legitimate, quallified, elligible "candidate" to even run for what is our highest office in our great land. To this day, through deception, Lying manipulation, brainwashing, fraud, collusion in our bogus criminal bigoted biased media, criminal collusion within the Democratic Party, their playing the "Race Card", Obama's still "unknown" unlimited supply of $$$$$$$$$$$$$$ for scores of high priced lawyers to "still" fight what is his lawful obligation & duty to comply with all of these lawful requirements & mandates, crooked & homosexual judges appointed by "who else" who have acted in "collusion" rather than face the expected music, many otherwise legitimate decent citizens who by their billowing "silence", ignorance, gullibillity, selfishness, personal gain, hatred of freedom etc., has managed to pull off what is the greatest fraud in history & one that has allowed America, our freedoms, our constitution our laws our morale our morality our being so blessed by God with so many so much & more to be demeaned, dennigrated, demoralized, perverted weakened, corrupted, exploited, taken advantage of, & so many more negative insideous damaging major blights that it will take one of the greatest presidents to be elected in our history to enable our country to hope to recover & to survive what this evil Satanic monster has been able to pull off while betraying his own race which greatly helped unknowning someone could in fact be planning so much evil
mplo said...
on Jan. 21 2016 at 9:13 am
That I understand.
ColdplayForever BRONZE said...
on Jan. 20 2016 at 6:34 pm
ColdplayForever BRONZE, San Jose, California
1 article 0 photos 62 comments

View profile
That being said, Obama's election should be a footnote in history because of his race, as it is important to note how far we've come. However, his race alone shouldn't be the major accomplishment of his presidency.
Caesar123 DIAMOND said...
on Mar. 16 2015 at 11:25 pm
Caesar123 DIAMOND, Union Grove, Wisconsin
50 articles 7 photos 103 comments

View profile
Holy c.rap someone else gets this! Great article! I said something similar in response to the situation in Ferguson, MO last summer and everyone was blasting me for it. You, good sir, are by no measure racist, rather, a realist. Great job!
CelebrateDifferences said...
on Nov. 14 2013 at 10:31 pm
CelebrateDifferences, Long Island, New York
0 articles 0 photos 71 comments

Favorite Quote:
“Gods of Olympus.” Piper stared at Leo. “What happened to you?”
His hair was greased back. He had welding goggles on his forehead, a lipstick mark on his cheek, tattoos all over his arms, and a T-shirt that read HOT STUFF, BAD BOY, and TEAM LEO.
“Long story,” he said.”

View profile
Jon, I'm not sure when I wrote that comment but I am sure at the time I wrote it I had been supporting Obama's message. I was simply praising the point of view and open opinions of this article. At the time I wasn't critisizing his work ethic, but as time has gone on he hasn't exactly proven himself worthy of his position.
MaxineA BRONZE said...
on Oct. 28 2013 at 12:02 pm
MaxineA BRONZE, Orange Park, Florida
2 articles 1 photo 18 comments
View profile
You keep saying this, Jon, but as far as I've seen you have given no facts, only opinion. Maybe you could provide some proof that Obama is truly the greatest politician. I admit that he is a very talented speaker, but that doesn't mean that he is a very talented leader for our country. Give me proof in action, not words and promises, give me examples of things he has DONE, not things he could do. Give me a reason to vote for him next election time. I'll listen with an open mind.