Picture this: You are on trial for committing murder and, although you are innocent, you are convicted. You are given the death penalty and your life is taken, just like that. It is the end of everything - your family life, your friends, your goals, your future. How can anyone support this? Capital punishment is inhumane and kills both the guilty and innocent. The death penalty promotes murder, contrary to its purpose, and should be outlawed.

The death penalty is immoral and barbaric. It is punishing murderers with murder, and encourages violence. Capital punishment, whether by lethal injection or electrocution, is brutal; it is deliberate manslaughter and first-degree murder. Do you spank a child as punishment for hitting someone? We are taught that two wrongs don’t make a right - more killing is not the solution.

Capital punishment contradicts American morals and values. The Declaration of Independence states that every person is endowed with the inalienable right to life. It is the government’s responsibility to protect its citizens’ lives, but by utilizing the death penalty it takes them away. Also, the Bill of Rights prohibits cruel and unusual punishment. Is murder not cruel? We are hypocrites to fight murder with murder. Capital punishment sends the message that in America, murder is acceptable and even the government will carry it out.

The death penalty does not solve anything and only creates more anguish. Not only must the families of those convicted deal with the criminal charges and trial, they must also cope with the death of a loved one. This is especially difficult for those who are innocent. Studies have shown that capital punishment does not serve as a deterrent for murder, as it was intended. It only puts us in a worse position than when we started.

Many American morals are derived from the Christian faith. The Bible has numerous verses that discourage the use of the death penalty. God has set an example by which we are to live. God will forgive anything, as long as you ask for forgiveness, and entreats you to "forgive those who trespass against us." It also states that we should not seek revenge, which is exactly what we do when we execute someone. No one should kill in the first place, but killing as a means of punishment is just as bad.

One of the worst consequences of capital punishment is the inevitable times when the innocent are killed. Recently, 13 people on death row in Illinois were proven innocent just prior to their execution dates. The great pain they must have endured is incomprehensible. Imagine being murdered by your government for no reason, for doing nothing. It would be worse than the original crime with which they were charged. There is no undo button when you take someone’s life.

Capital punishment has no positive outcomes. Why do we murder to try to prevent murder? We all need to take action to annul the death penalty. There is never justification for taking another’s life. 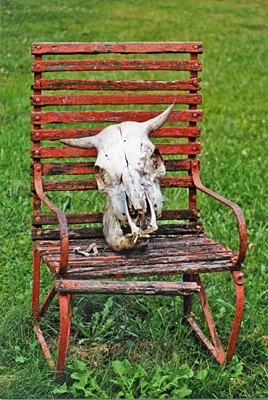