A few words about what i do | Teen Ink

A few words about what i do

Have you ever been struck down with something indefinable, something you wouldn’t allow yourself to understand? Why don’t we want to know the reason we prefer to leave out names in letters, censor our own poems and write in the dark? No, actually, why do we act like there is no reason, or, that we have no idea of its existence, its origins and where it will take us, what it will drive us to do and more importantly to not do.

I’ve convinced myself that it is all because of a feeling that stops you and stands in front of you with an imposing, sly grin, as if to say, â€˜Look here, young lady, we’ve had quite enough of this today. Why don’t you run along and let me take care of this?’. It is strong enough to surround and trap us, but gentle enough to become a welcomed protective buffer between us and them, me and you.

At the beginning, I was afraid of this feeling, mostly because I had allowed myself to think that it was my fault and that it came only to me and people like me. Every time it came I stopped and I listened. Over the years, I became less brave but I liked it more and more. It was a bad case of Stockholm Syndrome and I grew dependant on it. Fear gave way to something I can barely describe, a stupid and childish sense of safety, as if what was stopping me was what was going to get me through.

Now I realise that I was just scared of a whole lot of things that actually aren’t that bad, if you get to know them. I was scared of myself and I was also scared of the people close to me, because I thought my actions reflected upon them. I was naÃ¯ve enough to think that I was powerful, and could change things and make people notice.
Sometimes when I look back at this I laugh because I was so brave, but too shy, a lethal combination. Growing up for me has been empowering but also very limiting. Eventually I learnt to use other people, people who I knew but who did not know me, or where to find me as a guide for how much I can and cannot say. I find it usually works.

I have some advice. Don’t run. That’s the last thing you want to do. If you run away from the feeling you are running, break-free and unprotected into dangerous uncertainty. The secret is to slowly grow apart, get comfortable but don’t get used the feeling, as you will one day leave it. Pretend that everything is the norm, and it will suspect nothing, because it trusts you too much, it feels that it has so much power over you. Oh, how wrong it will be.

Let the silence and the distance run its course.

Note that this will take a while, and it is important to be patient, because though the feeling is drunk on power, it is not easily lost, only ever left behind. If you run too far, too fast, you will get tired and it will catch up. All you need to do is stay ahead, all the time. Of course if you feel weak from the chase and need to feel ground and pressure, you may allow it to catch up and visit you before you get back to your business. If this happens it will be comforting and luxurious. However, know that you must leave. I have left, and I know how invigorating it feels, but I have also returned, as I also know how familiar and safe that feels.

But remember that it will not be awkward, instead it will be beautiful and you will breathe a sigh of relief. 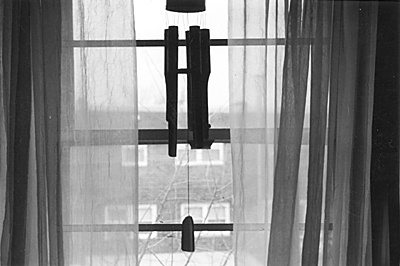 The author's comments:
This is something in my normal style of here and there dreariness. If what it's about escapes you, i am sorry but that's all i could say.
Post a comment
Submit your own

and thanks-this made my day