The Self and the Other: Social Gatherings in American Literature | Teen Ink

The Self and the Other: Social Gatherings in American Literature

Every social circle, whether a tight-knit group of friends or a large bustling town, imposes cultures, norms, and a generally unspoken expectation to conform upon its members. American literature often showcases this tug of war between self-reliance and conformity, the constant pressure to “fit in” against the backdrop of Western individualism. “Greasy Lake,” The Great Gatsby, and The Scarlet Letter all feature characters who battle the tension between the self and the other with varying degrees of success: the unnamed narrator from Boyle’s short story finds disgust after participating in the ironically restrictive culture of the Counterculture. Nick Carraway observes the superficiality of 1920s party life from a self-proclaimed impartial lens. Hester Prynne consistently and successfully rejects the rigid Puritan values that the rest of the citizens in early Boston impose on her. While the three protagonists exhibit different levels of conformity within their social milieu, they all experience a common sense of alienation regardless of whether they “belong” or not, a disorienting force that engenders their journeys of growth and transformation. Ultimately, social gatherings in these works catalyze the characters’ self-introspection and bring attention to the internal conflict that arises when one sacrifices oneself to the ideology of the group.

In “Greasy Lake,” T. C. Boyle uses anaphora and a transformative episode to dramatize the narrator’s regret in partaking in the troublous events of the night and to convey the deindividualizing nature of “fitting in.” Amid the group’s attempted rape of the blonde woman, the protagonist describes himself and his friends in the exposing headlights of a car: “there we were, dirty, bloody, guilty, dissociated from humanity and civilization… there we were, caught in the spotlight” (Boyle 3). His repetition of “there we were,” along with the enumeration of adjectives connoting the group’s gruesome crime, emphasize the narrator’s utter abandonment of human values in the context of the social gathering. With the three characters building upon each other’s animalistic impulses, Boyle delineates the escalation of violence in the gathering from a perpetrator’s point of view, revealing the consequences of caving into the culture of the group. Although the protagonist succeeds in fitting into his social scene, he experiences self-disgust and alienation from his personal morals. Following this brutalizing episode, he undergoes a period of introspection: “I wanted to get out of the car and retch, I wanted to go home to my parents’ house and crawl into bed” (Boyle 7). Boyle’s use of anaphora in this excerpt again dramatizes the protagonist’s regret in participating in the crimes of the night. His new disgust for Greasy Lake signifies a personal transformation and a new aversion to “badness.” By referring to his home as his “parents’ house,” Boyle also indicates the character’s desire to return to the comfort of suburban culture, a significant departure from his point of view at the beginning of the story. The intense dehumanization and regret that the protagonist experiences in this social gathering allow him to confront the consequences of his destructive lifestyle, effectively quashing his rebellious impulses.

Nick experiences a similar alienating force at the parties he attends in The Great Gatsby, which F. Scott Fitzgerald dramatizes using sensory imagery and repetition in the narrator’s diction. Compared to the narrator in “Greasy Lake,” who actively contributes to his group’s antics, Nick generally observes social gatherings from more of a neutral standpoint. Nonetheless, he still feels discomfort in the tension between the extravagant setting of the parties and their utter lack of social depth. When he attends Gatsby’s party for the first time, he narrates that “the bar is in full swing and floating rounds of cocktails permeate the garden outside, until the air is alive with chatter and laughter, and casual innuendo and introductions forgotten on the spot, and enthusiastic meetings between women who never knew each other's names” (Fitzgerald 44). Using auditory and kinesthetic imagery in a single long-winded sentence, Fitzgerald evokes the decorative, lively, and almost overwhelming ambiance of the party. However, this beautifully descriptive language delineating the physical features of the gathering contrasts with cold, meaningless interactions between guests. With phrases like “introductions forgotten on the spot,” and the people “who never knew each other’s names,” Fitzgerald communicates that in this environment, material aspects seem to take the place of genuine kinship, and the surface-level beauty of the party fails to run deeper than what meets the eye. In his reflective meditation at the end of the novel, Nick indicates that the lack of personality in large Eastern gatherings compelled him to return to his more mundane hometown in the Midwest: “even when the East excited me most, even when I was most keenly aware of its superiority to the bored, sprawling, swollen towns beyond the Ohio… even than it had always for me a quality of distortion” (Fitzgerald 184-185). Fitzgerald’s repetition of the word “even” underscores that, although Eastern culture seemingly bears a large range of benefits, none of them strike fulfilling to Nick. The “quality of distortion” that he mentions also refers to the fruitless simulation of human connection at these shindigs, which leads the narrator to the realization that surface-level interactions do not satisfy him. Ultimately, on his journey of self-transformation throughout the novel, Nick’s apathetic attendance at gatherings such as Gatsby’s party enables him to see beyond the superficial facade of the East Coast and realize that he finds himself at home with the more authentic community of the Midwest.

This theme of characters undergoing journeys of enlightenment after experiencing alienation at social events also shows its prevalence in The Scarlet Letter, in which Nathaniel Hawthorne utilizes periodic sentences and asyndeton to dramatize Hester’s struggle and eventual victory against societal rejection. In the marketplace scene at the beginning of the text, the entire town gathers to express its collective disgust against Hester: “preceded by the beadle, and attended by an irregular procession of stern-browed men and unkindly visaged women, Hester Prynne set forth towards the place appointed for her punishment” (Hawthorne 40). Using a periodic sentence when introducing her, Hawthorne builds a heavy air of disapproval before the main character even comes into sight. With parallel descriptions of “stern-browed men” and “unkindly visaged women,” he delineates the harsh, unanimous aversion of the woman on the stage. While Nick from The Great Gatsby and the narrator from “Greasy Lake” experience a more indirect sense of alienation from simply participating in social events, Hester stands as the clear object of alienation from the rest of the Bostonians. However, as Hawthorne describes later on in the text, this intense ostracization pushes Hester to develop a stronger sense of independence and security in herself: “Standing alone in the world,—alone, as to any dependence on society, and with little Pearl to be guided and protected,—alone, and hopeless of retrieving her position, even had she not scorned to consider it desirable,—she cast away the fragments of a broken chain” (Hawthorne 101). Here, the author cleverly evokes asyndeton to invert the stereotypical connotation of the word “alone.” Although people usually associate aloneness with sadness, Hawthorne identifies several advantages of solitude. With the metaphor of the “broken chain,” he indicates that, in her lonesome cabin on the outskirts of town, Hester frees herself from the limitations of Puritan society, an unexpected metamorphosis that would not have occurred had she not received her punishment of seclusion. Therefore, although Hester experiences a harsher form of alienation in comparison to Nick Carraway or the narrator from “Greasy Lake,” she also undergoes the most dramatic journey of self-introspection as a result of her social rejection.

Social gatherings play several roles in storytelling, such as escalating tension or merging plotlines, but they most substantially reveal the way in which characters behave in an environment that expects conformity and sameness. The gaps between the individual and the group often arise in these social settings and manifest themselves in internal conflicts within characters, as the protagonists in “Greasy Lake,” The Great Gatsby, and The Scarlet Letter undergo. While the main characters vary in their levels of attempted conformity, they commonly experience a sense of dissonance when their personal values clash against those of the crowd, pushing them to embark on journeys of self-realization. Throughout these three works, the timeless American ideal of self-determination and resistance to conformity, once introduced by Emerson and still relevant in modern literature, continues to prevail. 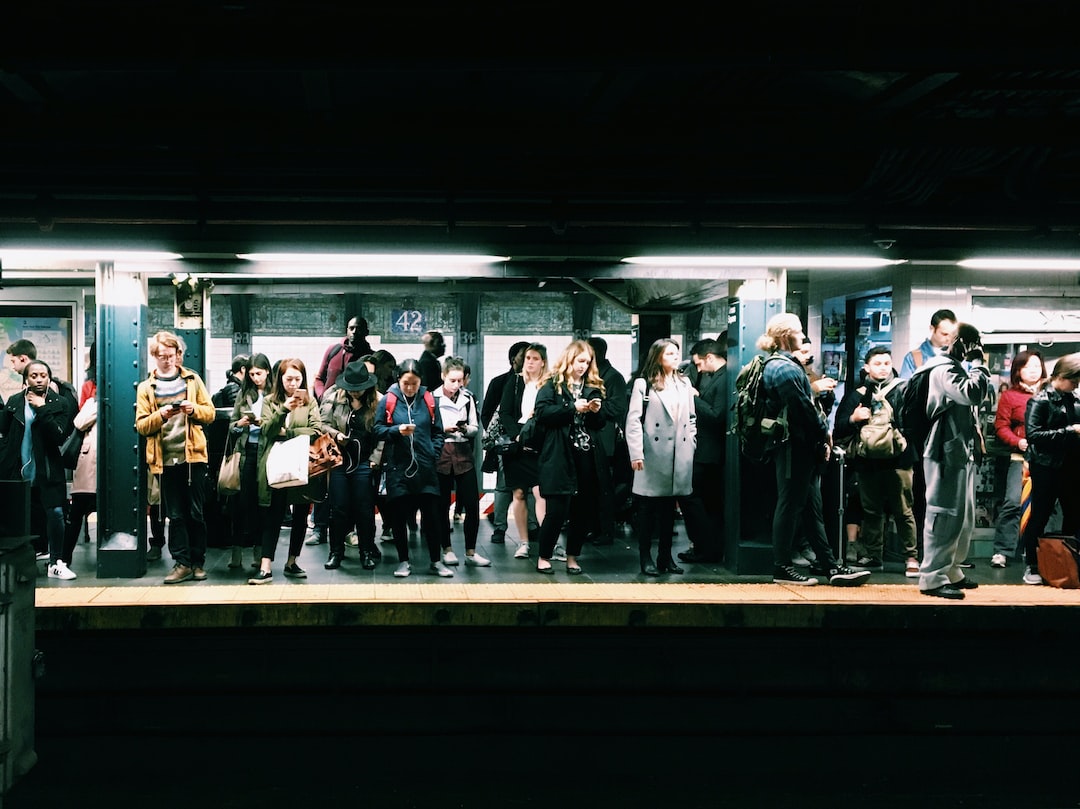 Photo by Eddi Aguirre on Unsplash