“That’s so retarded!” This is a phrase that has become commonplace over the past few years, especially amongst teenagers. In middle schools and high schools nation-wide, it is flung tactlessly into conversation like an empty McDonald’s cup is thrown carelessly out of a car window. It litters everyday speech with an offense that often goes unrealized but can be extremely cruel. Its use needs to be eradicated – for the sake of those affected with mental disabilities, for their loved ones, and for the moral future of our country as a whole.

Millions of Americans are affected with genetic disabilities such as Cerebral Palsy, Autism, and Down syndrome. In the past, when the natures of these disabilities were unknown, the affected people were often labeled as “retards,” “sub-human,” or “freaks” and sent to special homes where they were often mistreated and completely eliminated from society. However, much scientific research has been done, and shows that these “retards” are actually humans just like us, albeit with a minute difference in genetic makeup. “Retarded” technically means “mentally slow,” which is not such a bad thing. However, use of the term in its negative connotation (which has turned into a trending slang phrase today) is extremely derogatory to many fine people afflicted with such disabilities.

Take Daniel. Daniel is thirteen years old. Each week he rides horses at Great Results Equine Assisted Therapies. Standing on the mounting ramp, he cranes his neck to see “his” horse, and excitedly exclaims, “T-t-t-Tivio!!!!” As Daniel rides, it becomes evident that not only is Tivio helping Daniel, but Daniel’s presence is benefitting everyone in the vicinity. He laughs and high-fives volunteers. He smiles and points out small beauties that others don’t notice, like a cat asleep in a beam of sunlight. His wonder and excitement for life are contagious, as he is awestruck while watching a horse drink from a water trough. As people spend time around Daniel, they start to see the world in a new light. Daniel is a wonderful, bright, and funny person. He has so much to teach people about life, if they would only listen. Unfortunately, however, many people simply write him off as “one of those retarded people.”

Picture people with sports injuries or broken bones. Are they teased, ridiculed, and excluded from society just because there is something different about them? No! It is recognized that, despite their handicap, they still have worth as human beings and are valuable contributors to society. Society helps them work around their disabilities to be able to continue as full participators in the world. People with genetic and mental disabilities should be treated the same way. Their loved ones recognize this, and that’s why, every time someone makes a reference to something “retarded,” their loved ones are hurt. When something negative, such as a bad play in a football game, is referred to as “retarded,” there is an automatic correlation between the negative situation and a person with a disability. Over time, this leads to a general negativity associated with people with disabilities, which means that people like Daniel will never get a fair shot at living life to the fullest and contributing to society. What mother, father, brother, sister, aunt, uncle, friend, or spouse of a disabled person wouldn’t be offended?

Using the slang word “retarded” has become a bad (and not to mention quite uncivilized) habit that needs to be broken immediately. It is not acceptable for America’s children in this advanced day and age to grow up believing that it is okay to use a word associated with people with differences to degrade things and other people. On the contrary, America’s children need to learn to treat people with disabilities with the utmost respect and open-mindedness. The slang use of “retarded,” however, will make the general attitudes and opinions toward people with disabilities regress even further. The English dictionary is a big book, and there are certainly many other words that could just as easily be used in the place of “retarded” that are much more respectful. Take the bad football play that was mentioned earlier. “That’s unbelievable!” or even “What the heck?!” would be much better responses, and would not offend anyone.

In the end, it all comes down to the Golden Rule that we all learned in kindergarten: treat others as you would want them to treat you. If a person wouldn’t want a negative slang word that referred to him or her being flung around at every turn in the conversation, then that person should check his or her vocabulary. In this day and age, and because our country is advertised as a kind, caring place, the R-word is no longer acceptable. It’s as simple as that. 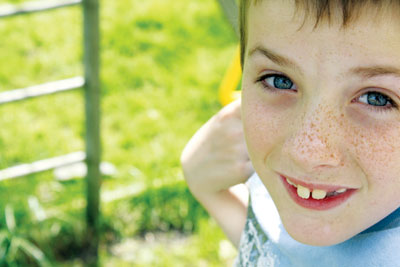