Favorite Quote:
There is always someone that has it worse than you

It was late one fall night in December, the 26th to be exact. I was on my way home from the “bad” part of town where my babysitting gig was. It was cold, dark, and raining. It was getting dark earlier than usual and I was still in the ghetto. I could hear gunshots start to go off, cars beginning to slow down and the staring eyes of the drivers. I took a shortcut through an alley that my parents told me to be careful of, but I was 15 when they told me that, I thought I could take care of myself then.

I walked down the alley, checking every shadow and every corner for something that would jump out at me. I could hear echoes of footsteps and stray animals, but I didn’t know where it came from. I reached the end of the alley, completely safe and unharmed. I was only a few blocks from my house, maybe a 10 minute walk. I began to walk down the dark, quiet street towards my house.
Halfway home I started to notice a shadowy figure following me. Every time I looked back, the man in black would turn and seem to be smoking or talking on the phone. When I turned on to my street, in the corner of my eye, I noticed the man in black began to pick up pace. I started to walk faster, taking longer strides. I looked all the way around and saw that he was at a full sprint now. Terrified for my life, I ran as fast as I could, but he was catching up fast.
I ran into my front door, my hands slamming hard into the wood. I scrambled in my bag for my keys, papers and tampons flying everywhere. I glanced back, he was only a few houses away. As I looked back into my bag and right at that moment I had grabbed my keys, within seconds I was in my house with the door locked. I was safe. I closed all the windows, blinds, curtains, everything was locked. I ran up the stairs into my room and locked that door. With a kitchen knife on my bedside table, I layed down trying to sleep, I only fell asleep three hours later when I couldn’t keep my eyes open any more.
Days had gone by and nothing happened. I never noticed someone following me, I never felt someone staring at me. I assumed I was in the clear, that the creepy man in black had found some other girl to stalk. It was new years eve when I felt all the stress from that night of being chased just fade away. I had just been invited to the biggest party in town, though I wasn’t sure if it was a prank from my friends. I had found the invite in my locker and it said not to say anything to anyone because it was an invite only party and they didn’t want anyone crashing the party.
As soon as I got home I began to search for the perfect party outfit. Something new, something attractive. I wanted to make sure that I would be on the next invite list. I saw the long jean skirt that my aunt had bought for me last christmas. It was the only thing that would work. I ran down stairs, to the kitchen, to get a pair of scissors. I began to cut the skirt, I started with cutting off about two feet. When I put the skirt on it was only right above my knees. There was no way that i would get invited again. I picked the scissors back up. Sliding the metal up my leg to find the perfect length. When the scissors were only five inches away from my waist, I closed the blades together. There was no going back now. I finished cutting the skirt, the shortest thing I had ever worn. I grabbed my tank top with the lacing above the breasts and pulled on my knee high leather boots that my mom used to dress as a cop from before she was married.
I dashed outside before my father could get home, worried that he would make me change my clothes. I jumped into my car and opened the invite again. The address said, 809 South 5th street. That was in the neighborhood to the left of mine. I could see my dads car taking a turn towards the house. I hurried to put the key into the ignition and slammed on the gas.
Five minutes later I got a text from him asking, “Why in such a rush? Where are you off to?”
I quickly typed, “Studying with a friend. She is short on time.” I thought to myself, that was a quick one.

As I pulled up to the house I saw no cars like the typical party. The house had all the lights on and loud music, but there didn’t seem to be anyone there. I figured that everyone got dropped off, or maybe I was early. Either way, I was at a party! I rushed to the front door, not even noticing the lack of yard work or all the cameras set up around the house.

“Wait, wait… Why did you want him to escape??” My therapist says, interrupting me.
I look at her and smile, “I want him to wonder, to regret. I want him to feel what I felt.”
“This comes so easily for you to talk about, why?”
“I have told my story at least five times now. Police, Journalists, my parents, and now you. So yeah, it’s become pretty easy to talk about.”
“Well, it looks like our time is up. Will you be coming next week?”
I shrug, “Maybe. Depends, but I didn’t even want to come today, so if that answers your question.”
I watch the therapist stand up and open the door. I follow her out to see my mother, a face full of tears, coming up to hug me. I awkwardly hug my mother back, getting annoyed with everyone worrying about me. I’m better off now, I’m not locked up being raped anymore. I’m safe.
On my way home my mother is talking and I ignore her. She’s asking me if I’m okay, what happened to me, but I just stare out the window. I admire the beautiful scenery, a forest that I must have passed over a thousand times before, but never noticed. 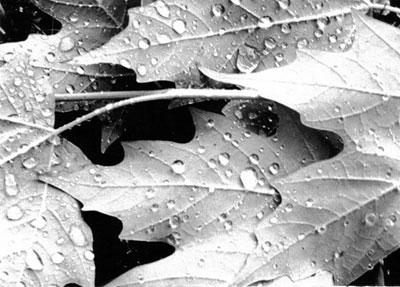 The author's comments:
I have yet to finish this story. I will upload a finished one when I'm done. Hope you enjoy.
Post a comment
Submit your own