"Stay here, Tiff," he'd told her, "stay here with Grandpa." That was ten years ago. And she's stayed.
It was Tiffany's brother that had left her behind. He'd smiled bravely as he'd tucked Tiffany into the hospital bed beside their comatose grandfather. He'd promised to come back, as he'd folded his black trenchcoat up, pressing it into Tiffany's chest. Tiffany cuddled the coat to her body, like she would her teddy bear.
Without a word, Tiffany reached out, her palm facing the smoke-stained ceiling. Laid across her hand was a plait, made of black, white and grey strips of plastic that used to be friendship bracelets that Marie ave her before she vanished.
David had smiled as he'd allowed Tiffany to secure the braid around his wrist. It looked odd, thin and pathetic, among his wristbands; merchandise of some band Tiffany can no longer remember the name of, but apparently no one else had liked that band, or David for that matter. He had been bullied a lot.
David had never cried though. Tiffany remembers David as happy, with a brave smile always gracing his pale face. Tiffany only has one memory of David crying. He was crying at the television, at a car advert. When their mother- another distant memory to Tiffany- had asked what was wrong, David had pointed to the man on the screen, and said "That's Gerard Way. That guy's my hero."
Tiffany had trusted that her red-haired, green-eyed, emo-vampire brother would come back, like he'd promised, because brave-smile-happy people like him don't break their promises, do they? But David did. David didn't come back.
It's been ten years. The hospital's empty, save for room 12, which houses a comatose man, aged 98, and his 15-year-old daughter, and the old man's heart rate monitor, which hasn't changed tune in the last decade.
The food in the collapsing hospital is beginning to run out. There hasn't been clean water in over eight years, nor a living soul, apart from Tiffany and her bed-ridden ancestor, in over nine. For Tiffany, it's either sit here and starve, waiting for a brother to show up who never can, or venture out into the wide, empty world.
Anywhere's better than here. Without speaking to her grandfather, he can't answer anyway, or watching the reminder of the grandfather's life blip past on the blue-and-green screen, it's not going to change anyway, or gazing out of the window at the dead, destroyed town beneath them in hope of a familiar mop of red hair, he's not coming back anyway; she gathers some basic belongings.
With her brother's black trenchcoat around her, with her brother's schoolbag on her shoulder, filled with cans of food, bottles of drink, and some clothes take from the wardrobes of rotting past patients, with her grandfather's old walking boots tied onto her feet as firmly as they'll go, Tiffany steps out of the hospital for the first time in a decade.
Bodies and rubble surrounds her, but she was expecting that. So expectant, she walks right past the corpses and skeletons with no regard, including one with a series of band-merch wristbands and a black, white and grey braid that his sister had plaited him from the friendship bracelets her friend Marie had given her before she vanished.
And as Tiffany disappeared into the empty, collapsed town, in room 12 of an otherwise dormant hospital, the blip of a heart rat monitor speeds up, until the sounds and the zig-zag graphics on the screen merge into one; one drone, one blip, one line, one more dead, nameless body among the billions already rotting on the war-scarred planet the Tiffany is now wandering alone in with a brave smile on her face. 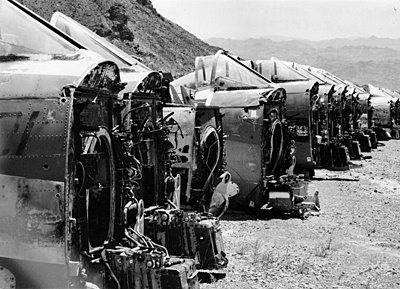 The author's comments:
Inspired by My Chemical Romance's song Disenchanted, from Welcome to the Black Parade.
Post a comment
Submit your own

View profile
How very sad and how very beautiful. I'm biting my lip to keep myself from crying now. Wow. I'm not quite sure what else to say. There are a few type-os however. Just minor things like your keys were sticky and your dropped a letter at the end like thi.