It was a dark night, more dark than usual. The moon did not show in the sky, not that it mattered. Its light wouldn’t have been able to penetrate the dark clouds of the storm. The night wasn’t totally dark, however. Every once in a while, just as Haley’s eyes would adjust, lightning would flash, making sure she could not navigate her way through the castle.

She thought about the cruelty of these conditions as she carefully tread down the unfamiliar hall. Of course, with her luck, there were no electric lights. The walls were lined with plenty of candles, but being that it was also the twenty-first century, Haley didn’t have a convenient box of matches on her person. Usually if she needed light, she would use the flash on her smart phone as a flashlight, but those tend to not work after being thrown off a five story tower and into the pouring rain.

Haley wasn’t solely responsible for severing her only connection with the outside world. Most of the credit goes to the raving madman she’s trapped with, but how was she supposed to know that he was crazy? After a couple of dates, he seemed like a nice guy. After he offered to take her on a vacation to Europe, how could she say no? The trip was a sudden romantic getaway. Haley’s family or friends didn’t know even what continent she was on, much less whom she was with.

After a lightning flash, she was able to find a staircase, and then luckily a door. She felt the cold door knob, and prayed that it wasn’t locked.

Great. Now she had to worry about opening the door quietly, and hope he wouldn’t come in her direction. Just as she closed and locked the door behind her, the pitter patter of the madman’s feet made their way up towards her. The soft light of his candle seeped in under the door.

“Are you in here? You know you’re not supposed to wander off. It’s not POLITE!” He said as he broke down the door. It took everything she had for Haley not to scream or whimper.

The candle light only showed his face and nothing more. His sadistic smile showed no mercy, no remorse. His eyes darted around the room, thinking of every last crevice he could catch her in. Every last possibility of what he could do, what he would do.

“I know that you’re in here, baby. I could smell that lovely perfume, all the way here, and what an excellent choice you’ve made.” He moved the candle away from his head, and lit a torch on the wall. The light revealed something in the room. It was a dark brown, possibly made of metal, or maybe wood, or both. He did the same on the other side of the room, and Haley’s worst fears were revealed.

The light now showed various medieval torture devices. The nail lined coffin, the stretcher, all of the classics. Every single device created to rip and shred a human body was there, and it was all for her.

“Now, Haley, my darling. Which do you prefer?” 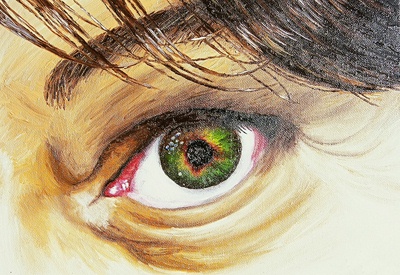 The author's comments:
"I know you're in here baby...what an excellent choice you've made."
Post a comment
Submit your own

WhenItRains21 GOLD said...
on Feb. 18 2013 at 8:48 am
WhenItRains21 GOLD, Magnolia, Texas
12 articles 0 photos 54 comments
View profile
I hate stories like this. They creep me out xD Something I did notice is the voice. It really shines through. There's also a lot of nice description in here, and definitely a good use of suspense.  At the end I found myself saying, "Oh no! Not poor Haley!" so I'd say this is pretty well written! Great job!
Jade.I.Am ELITE said...
on Feb. 9 2013 at 1:00 am
Jade.I.Am ELITE, Fishers, Indiana
214 articles 14 photos 1159 comments

View profile
That gave me goosebumps. Very nice. :)...and creepy. :/