What If | Teen Ink

The human mind is almost incapable of believing what they see. Instead, a normal human being chooses to believe what they know…or at least think they know. Yet sometimes the human mind is presented with such solid proof that something unbelievable, unrealistic even, is actually completely and utterly true. Like that story about the two girls. They both went to the restroom in a public place. One finished before the other and went outside to wait right by the door. The other girl finished and walked out of the stall to find a strange woman standing right in front of her with a dazed look upon her face. She abruptly turned around and walked out of the room. The girl outside swore no one had entered or exited the restroom since she took up her post. There were no windows and no one else was using the facilities at the time. The strange woman had literally appeared out of nowhere and then disappeared into thin air. People say that’s impossible; it could never happen.

But what if it did? What if all that we believed to be imaginary, all that we’ve denied over time was actually real? What if that was the real world and the life that we’re living is the lie, the story?

Guess what, my friends. The “what ifs” win.
You see…I was the girl. The girl who walked out of the bathroom stall to see a strange woman staring. She looked rather odd. Her hair was a grubby brown, twisted back into a mess of a braid. Eyes the color of a stormy sky searched my face, as if looking for some sort of proof or clue. A sharp scar cut from the certain of her hairline through the middle of her left eyebrow and stopped just before her ear. It was healed but not too old…the skin was still fairly puckered. She wore a tattered sundress over a pair of holey sweatpants. Filthy tennis shoes adorned her feet. She stood hunched over, as if the weight bearing down upon her shoulders was too much for her to handle. I was in shock. Here was this woman I’d never seen before in my life simply staring at me as if I was the one who wasn’t real. Yet I felt drawn to this woman…as if she were important, maybe not what she seemed. But before I could open my mouth and ask her any sort of question, she nodded slightly then turned and walked away. I merely blinked and she was gone. I thought maybe I’d imagined her. Reading so many fantasy and mystery novels can really make one’s imagination run wild. After probing my friend Maehen about the strange woman and hearing her tell me over and over that no one had entered or exited that restroom the entire time she had stood outside the door, I tried to convince myself that I had imagined the woman. But something in my heart wouldn’t let me forget her. A tiny voice in the back of my mind whispered that I’d understand someday.
I just didn’t realize that day was today. 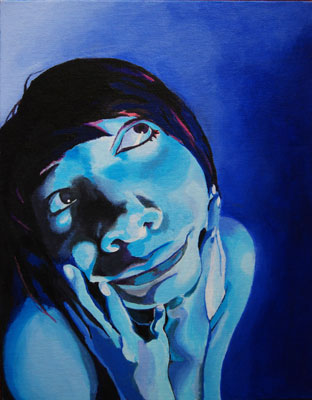